Actor in Training. Stage & Screen. This is your drama school style experience outside of London.

DEGREE SPEC 2019/20 UCAS CODE W410 UCAS TARIFF 112 BA (Hons) 3 YEARS
This BA (Hons) acting degree for Stage & Screen has been designed by working industry professionals to ensure students develop the skills required when performing for stage and screen. Providing students with a drama school style experience outside of London. Students on this acting course will develop core skills in voice, characterisation and physicality. These skills will be utilised in performances for stage and screen, as well as working on contemporary and innovative performance practices. The course is vocational. Focusing on students developing and creating their own practice as well as performance.
Our exciting course focuses on a collaborative approach to acting, creating a drama school atmosphere for our degree students whom work with a range of creative programmes, including Costume, Film TV and Theatre production, Commercial Photography, Production Designand Visual Effects to produce brand new material created by film and theatre scriptwriters. Because of our joint approach students have the opportunity to gain valuable communication skills and to generate a dynamic and original body of work. Performance students look at the core acting skills of voice, physicality and characterisation. Working on devised and scripted text for both stage and screen. You will be part of two full theatre productions each academic year to showcase the skills gained. Ba hons acting explores classical theatre, clowning and acting for media. Your three years of study will culminate in your final year enabling you to produce an extensive CV, professional standard show-reel, a full theatre production and a solo show at The ARC Theatre to agents and industry professionals. On this course we treat our students like actors in training, by working alongside guest lecturers and industry professionals from the theatre and film industries you will develop professional skills. As working actors we expect professional standards on all projects.
First Year • Core Acting Skills 1 • Script Interpretation • Contemporary Practice 1 • Production 1 • Contextual Studies 1 Second Year • Core Acting Skills 2 • Acting for Film and Media • Contemporary Practice 2 • Production 2 • Contextual Studies 2 Final Year • Project Research and Preparation • Dissertation/Report • Final Major project • Final Show
This course is enriched by a host of work shops and lectures from working actors and media professionals. Including: • Frantic Assembly • Tony Jayawardena, Actor, The RSC, The Crown, The Globe, National Theatre • David Kirkbride, Actor, National Theatre, Play That Went Wrong, Silent Witness, Sherlock, Lady Macbeth • Maria Crocker, Director, at The National Theatre, Broadway, West End • Mee Mee Theatre • Alex Jacobs , Director, Hollyoaks & Casualty • Ishy Din, Playwright & Screenwriter • Open Clasp Theatre Company • Gracefool Collective
Students are encouraged and supported in securing professional opportunities throughout the acting programme. For example, a current student has a role in the latest Ken Loach film. The North-East has a thriving drama and creative scene of which our professional staff continue to work in. Because of this our relatively new degree strong industry links. Offering an important network of contacts for our undergraduates. These include: • ARC Theatre • Newcastle Puppetry Festival • Northern Stage
• Janet Plater Management • Fuel Theatre • Gyre & Gimble • Andy Berruman, Film maker • Tangled Feet Theatre
As well as having access to a brand new television and film studio and 129-seat theatre space already in use for students. A new 30,000 sq ft commercial film and television sound stage facility and studio complex ‘The Northern Studios’* is currently in development which will provide on the doorstep access to the only television and film studio in the North East. Acting students will benefit from a working studio complex on their door step. 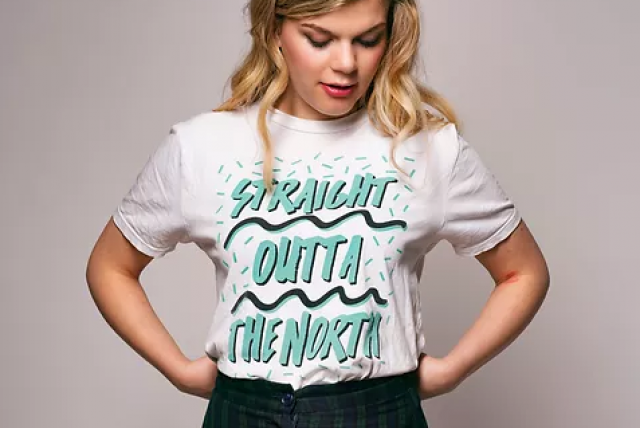 Jan 18 2022
ActingFilm and TVindustry insight
Successful and sought-after comedian Lauren Pattinson, who has toured nationally with her own tour and also supported...
READ MORE 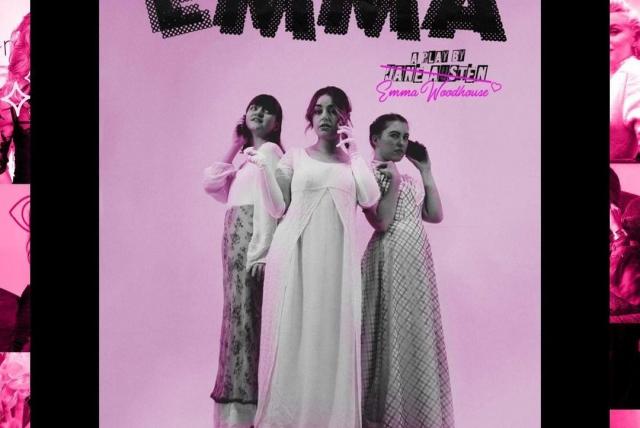 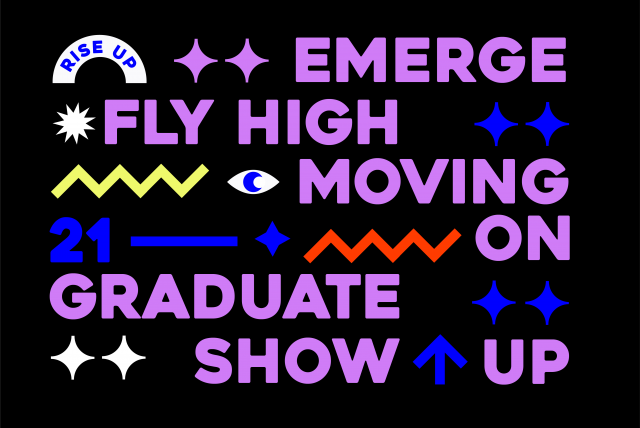 Jun 08 2021Tickets are now available for The Northern School of Art‘s Graduate Degree Show 2021 at the Hartlepool campus. ...
READ MORE 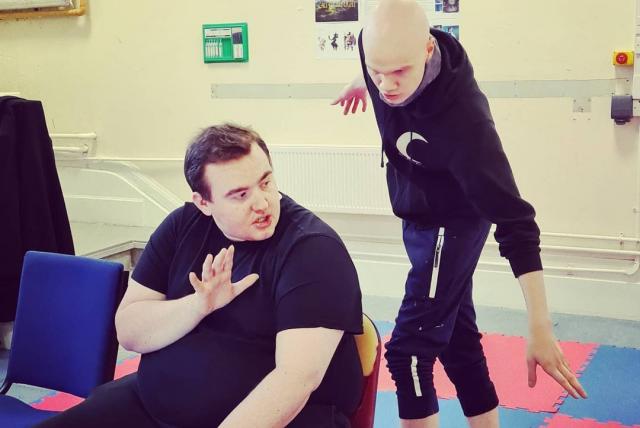 May 24 2021After a year of online productions students on the Acting and Film, TV & Theatre degree courses at The Northern S...
READ MORE 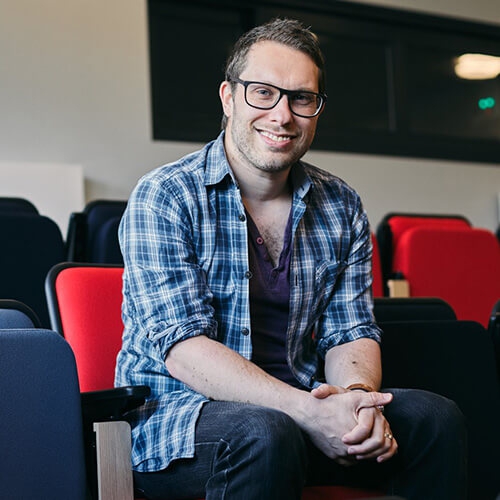 Programme Leader - BA (Hons) Acting for Stage & Screen Jonny studied Philosophy at Newcastle University and then went on to study MA Acting at Arts Educational Schools London. After graduating Jonny has worked as an actor and director predominately in the North East performing in productions such as ‘Revenger’s Tragedy’ and ‘The Duchess of Malfi’. Jonny recently directed ACE funded ‘Bankers’ at Alphabetti Theatre in Newcastle. The play looked at the links between the 2008 banking crisis and the rise of foodbank usage. As a writer Jonny’s first full length play ‘The Centre’ was produced at Arc in Stockton, his play ‘The Bag’ toured the North East and Scotland with Northumberland Theatre Company and his short plays have been performed at venues such as Live Theatre, The Cockpit Theatre and Theatre 503. He was the writer of ‘Just Checking’ and ‘Bizarre Love Triangle’ two plays looking at OCD in conjunction with Vivid Theatre Company and Newcastle University that were performed at Northern Stage and Arc. Jonny is currently Programme Leader at The Northern School of Art for the BA Hons Acting for Stage and Screen. His research interests are collaborative practices and working with students from under-represented groups.

David read English at King’s College London before studying Acting at the Guildhall School of Music & Drama. The ensemble training he received at the latter has informed his whole career from professional work to teaching. He has worked for the BBC, ITV and various national theatre companies and in 2006 he established Vivid Theatre. Vivid has produced over twenty-seven plays ranging from classical work, contemporary plays and new writing and they have regularly received Arts Council funding. David completed his MA in Writing, Directing and Performance at York University and is currently nearing completion of his PhD in ‘Psychophysical Performance and the Representation of Obsessive-Compulsive Disorder on the Stage’ at the same institution. David’s specialisms include his current research as well as contemporary performance and directing theories. He still acts and directs professionally as well as delivering workshops at both educational and corporate levels and clients have included the Royal Shakespeare Company, Headlong and a variety of external professional institutions.

Jonathan studied a BA Hons degree in Music Technology at The University of Huddersfield, before undertaking an MA in Music for the Moving Image at Leeds Beckett University. During this period, Jonathan has worked as an in-house Sound Engineer and producer at Peak Studios in Leeds – working with local artists and musicians on projects ranging from band recordings to audio books. In 2016 he began freelancing as a composer and audio producer, working with film directors and video game developers across the UK. In 2018, Jonathan collaborated on an Interactive Eco-Art sound-based project, that became installation at the National Science and Media Museum in Bradford. This project highlighted the detrimental impact that industry is having on nature. During his time as a freelancer he has worked on a wide range of projects such as scoring the award-winning Huddersfield documentary ‘Dispersing the Problem’, as well as Greenlit indie video game ‘Gunnhilation’ with Robo Pixel Games. Jonathan’s background in audio has brought him to The Northern School of Art in a Technician/Demonstrator role – With an aim to provide both theoretical and practical expertise in the field of sound and video. His research interests are focused towards promoting collaborative practice within the industry.

On our campus we have:

Jan 18 2022
ActingFilm and TVindustry insight
Successful and sought-after comedian Lauren Pattinson, who has toured nationally with her own tour and also supported...
READ MORE 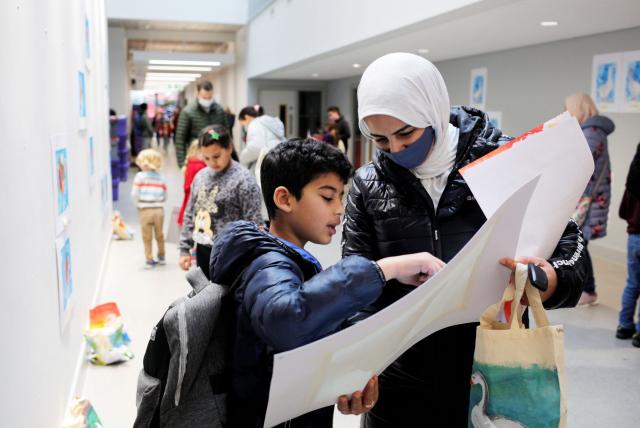 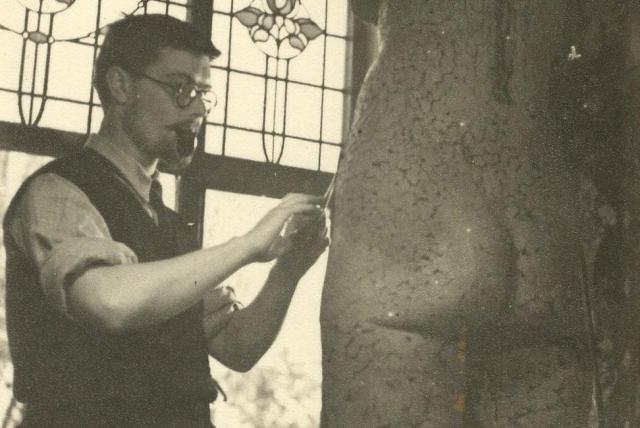