About this Master's Degree (MA)

This master's degree is designed to provide practical experience in directing and creating work for the theatre. Collaboration is at the heart of the programme to effectively replicate the industry. You will have the opportunity to work with students from other courses including acting, film, television and theatre production, set design, visual effects and costume - to deliver projects from start to finish. This course offers postgraduates ten hours teaching time a week combined with the support, facilities and resources needed for students to conduct their own self-directed study and research. Programme Specification 22/23 Thinking of applying? Find out more about our fees&housing.

Under guidance from experienced writers, directors and actors, you will explore and manage the entire directing process. From planning and prep work, through the rehearsal process to the final performance. The focus of this Masters degree is the development of your directorial skill-set and style – whether that be in creating new work or exciting and innovative adaptions of existing plays. You will work on a wide range of approaches to directing, ranging from how to work with text to creating work utilising multi-media in performance. You will look at ways of creating your own work with an ensemble and gain knowledge of funding applications so you are ready to set up your own company after graduation. By the end of this intense year-long degree, you will have completed at least 3 contrasting and challenging projects. You will have the opportunity to shadow directors and work as an Assistant Director on a range of projects to help inform your own practice. Working within the School’s Acting department you will have access to rehearsal rooms, our theatre and, where required, film & television studios.

The Northern School of Art is pushing ahead with an exciting plan to establish a 30,000 sq ft commercial film and television sound stage facility and studio complex ‘The Northern Studios’ right on campus! These facilities will allow students at the Northern School of Art an extraordinary opportunity for access to industry guest speakers and the possibility of work experience on professional film and television programmes, as well as having access to a brand new television and film studio. In addition we have a 129-seater theatre space already in use for students. It is intended that the studios will be used by the ever-growing number of major commercial production companies who film and work in the North East. Potentially, you will have access to working studios right on your doorstep!

Robert Icke Robert Icke FRSL is an English writer and theatre director. He has been referred to as the "great hope of British theatre." He is an award-winning writer and director, working in theatre and on screen. He is currently the Ibsen Artist in Residence at Internationaal Theater Amsterdam, supported by the Philip Loubser Foundation. His awards include two Evening Standard ‘Best Director’ Awards, the Critics’ Circle Award, the Kurt Hübner Award for his debut production in Germany, and the Olivier Award for ‘Best Director’, of which he is the youngest ever winner. He is a Fellow of the Royal Society of Literature. roberticke.com

APPLY NOW FOR A MASTER'S DEGREE

Trouble applying? Get in touch! 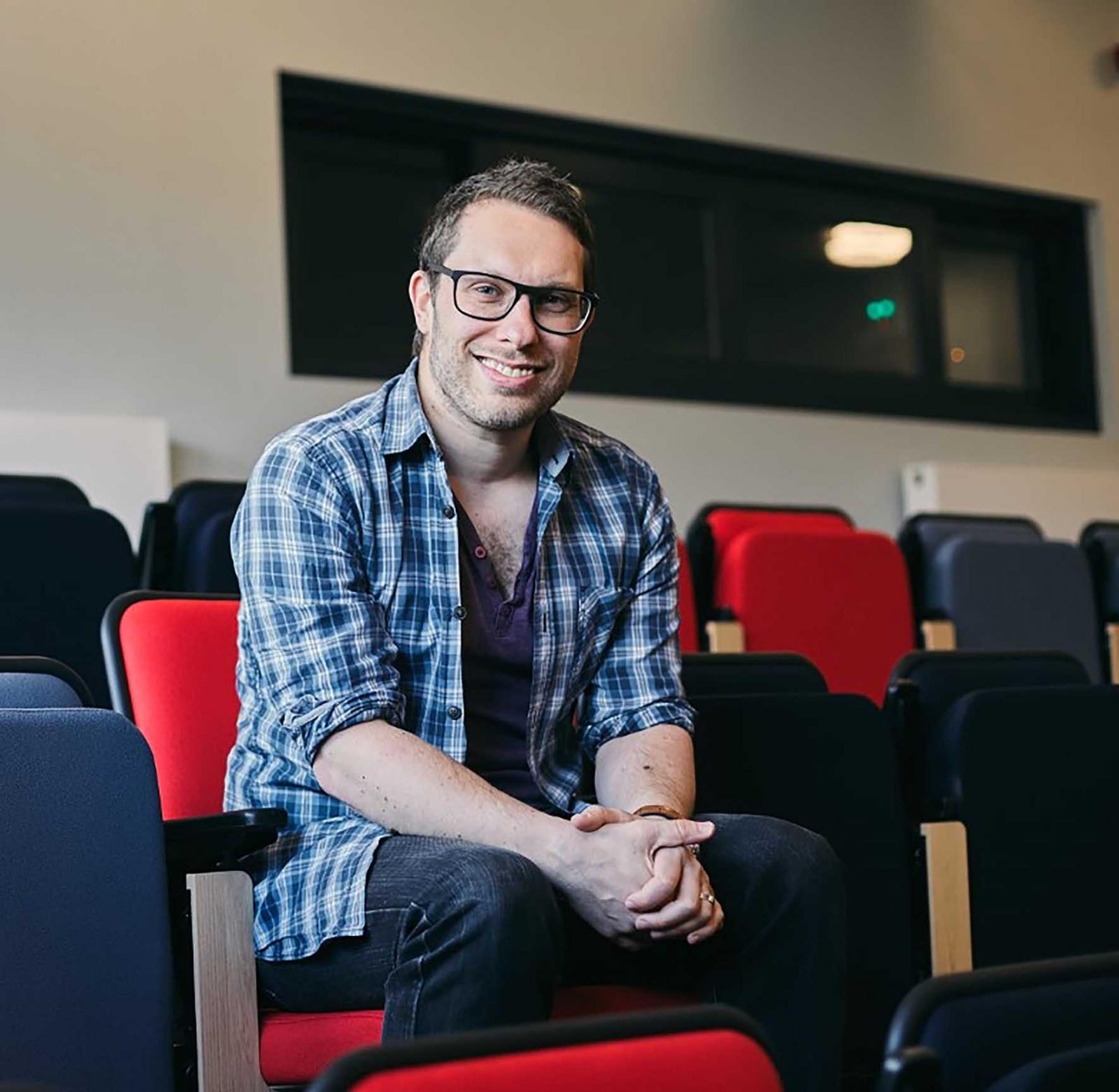 Programme Leader Jonny studied Philosophy at Newcastle University and then went on to study MA Acting at Arts Educational Schools London. After graduating Jonny has worked as an actor and director predominately in the North East performing in productions such as ‘Revenger’s Tragedy’ and ‘The Duchess of Malfi’. Jonny recently directed ACE funded ‘Bankers’ at Alphabetti Theatre in Newcastle. The play looked at the links between the 2008 banking crisis and the rise of foodbank usage. As a writer Jonny’s first full length play ‘The Centre’ was produced at Arc in Stockton, his play ‘The Bag’ toured the North East and Scotland with Northumberland Theatre Company and his short plays have been performed at venues such as Live Theatre, The Cockpit Theatre and Theatre 503. He was the writer of ‘Just Checking’ and ‘Bizarre Love Triangle’ two plays looking at OCD in conjunction with Vivid Theatre Company and Newcastle University that were performed at Northern Stage and Arc. Jonny is currently Programme Leader at The Northern School of Art for the BA Hons Acting for Stage and Screen. His research interests are collaborative practices and working with students from under-represented groups. Qualifications: BA (Hons), MA, (Studying PhD) Equity, AFHEA 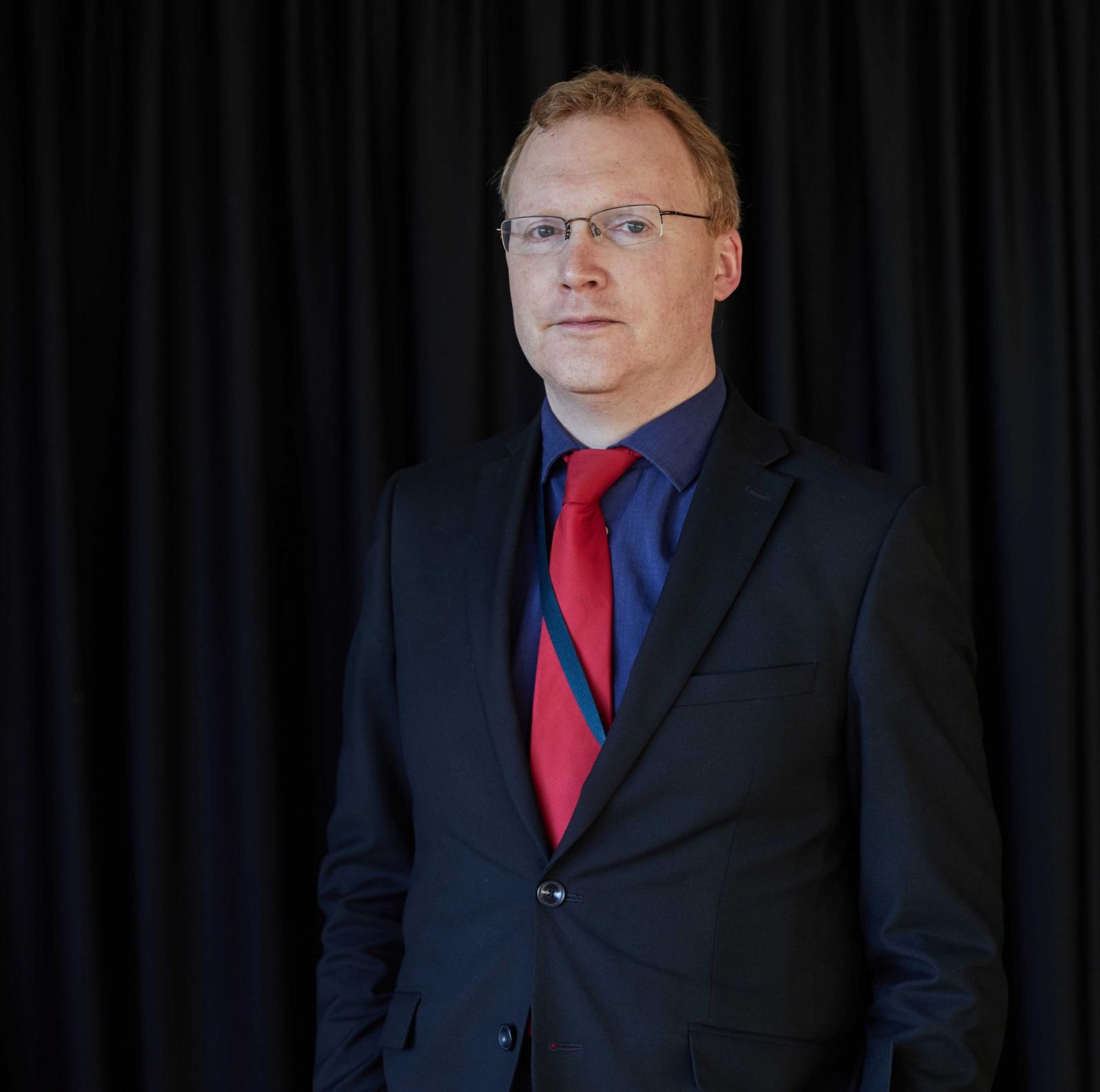 Lecturer David read English at King’s College London before studying Acting at the Guildhall School of Music & Drama. The ensemble training he received at the latter has informed his whole career from professional work to teaching. He has worked for the BBC, ITV and various national theatre companies and in 2006 he established Vivid Theatre. Vivid has produced over twenty-seven plays ranging from classical work, contemporary plays and new writing and they have regularly received Arts Council funding. David completed his MA in Writing, Directing and Performance at York University and is currently nearing completion of his PhD in ‘Psychophysical Performance and the Representation of Obsessive-Compulsive Disorder on the Stage’ at the same institution. David’s specialisms include his current research as well as contemporary performance and directing theories. He still acts and directs professionally as well as delivering workshops at both educational and corporate levels and clients have included the Royal Shakespeare Company, Headlong and a variety of external professional institutions. David has presented papers and work at a variety of theatre conferences from the Central European Drama Conference in Slovakia, the Milan Teatro Lita Festival and UK conferences including Birkbeck’s Theatres of Contagion and St Mary’s, London Mental Health and Theatre conference. He also recently presented a paper at the Canadian Association for Theatre Research CATR/ACRT-SQET Conference entitled Crisis and Recovery: Theatre & Performance Before and After the Global Pandemic. His current research includes mental health and performance and ensemble learning techniques. Qualifications: BA(Hons), MA, PhD, Equity 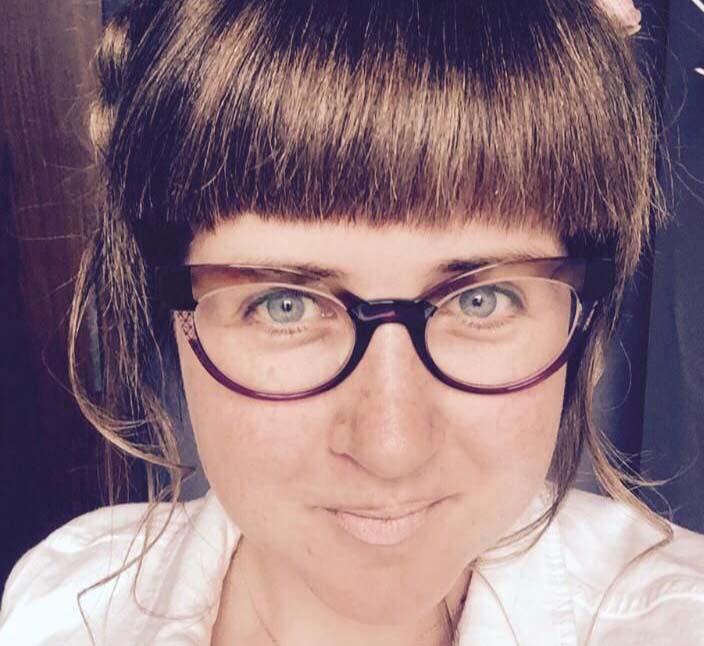 Lecturer Katy Weir is a director and facilitator based in the North East of England. She trained at Bretton Hall, University of Leeds graduating with a First Class Honours Degree in Dramaturgy and has been working in the industry since graduating in 2005. She has worked with companies across the country and beyond, including Northern Stage, Alphabetti Theatre, National Youth Theatre, and The Market Theatre Laboratory, Johannesburg. Freelance Directing credits include: ‘The Amazing Other’ (The Market Theatre Laboratory, Johannesburg), ‘Charlie and the Chocolate Factory’ (Regional Tour), ‘When the Boat Comes In: The Hungry Years’ (The Customs House, South Shields); ‘Floorboards’ (ODDMANOUT/The Worriers); ‘Harper Regan’ (Royal Birmingham Conservatoire); ‘Anywhere’ (Darlington Hippodrome/ODDMANOUT); ‘Encountering the Other’ (The Market Theatre Laboratory, Johannesburg/ODDMANOUT ); ‘Star Chasers’ (Barnstorm Theatre, Ireland); ‘From there to you… (Northern Stage/ODDMANOUT); and ‘When the Boat Comes In’ (The Customs House, South Shields). Internationally, Katy Was recipient of the British Council 'Connect ZA' award and also selected as one of ASSITEJ's Next Generation of Theatre Makers for Theatre For Young Audiences on a World platform. Katy is also an assistant editor on Routledge’s International Theatre and Performance Journal. 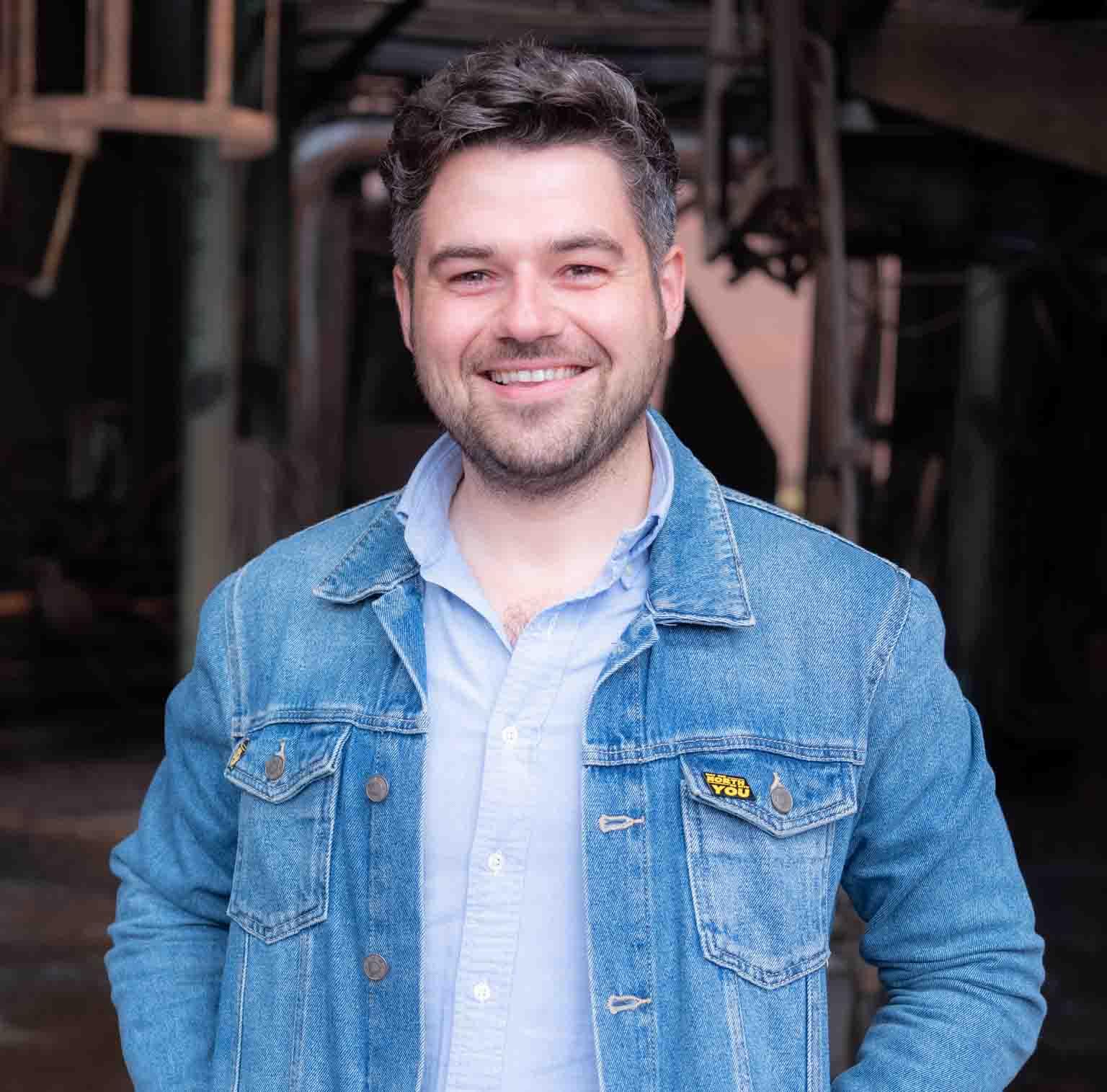 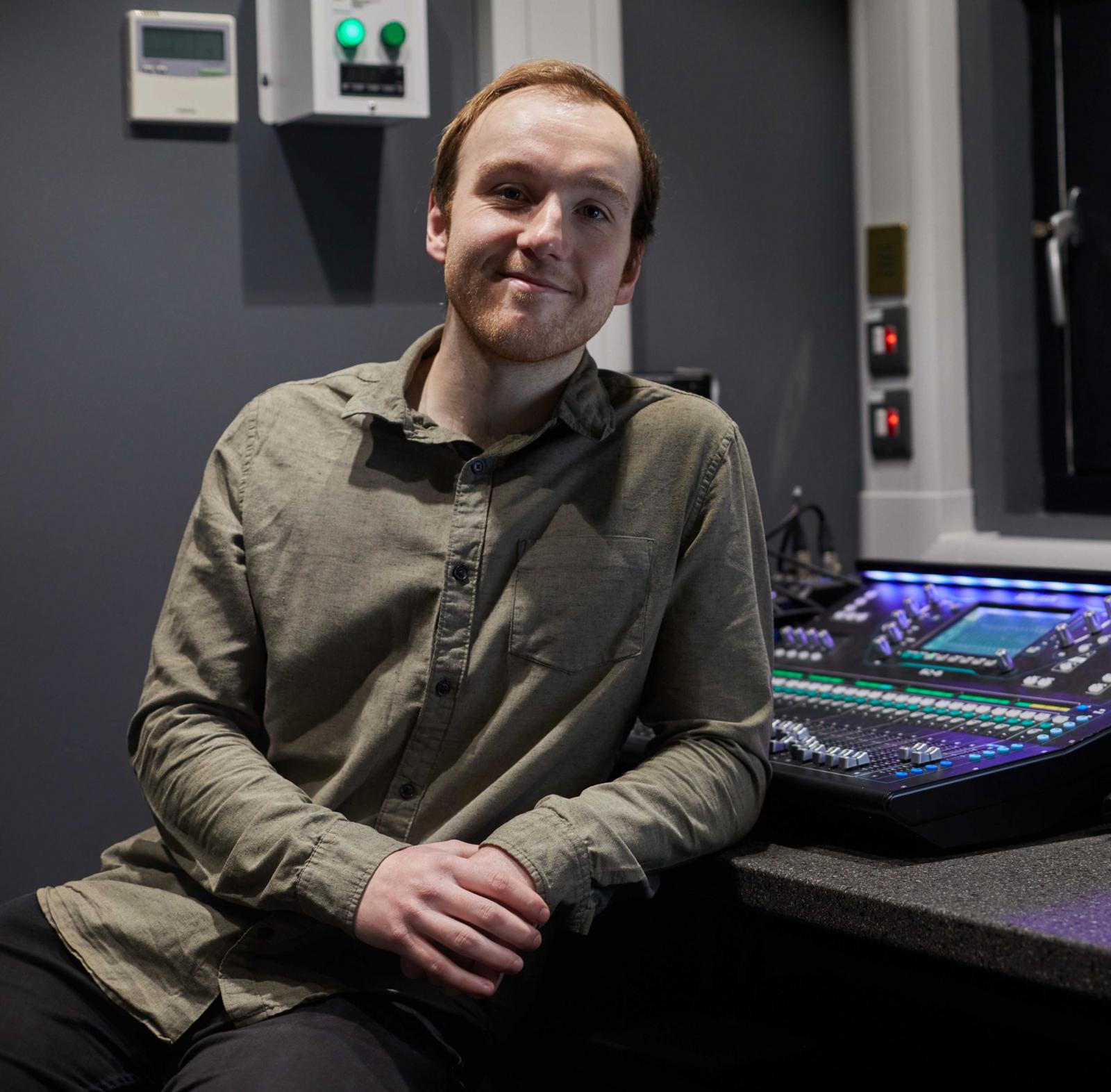 Creative Technician Jonathan studied a BA Hons degree in Music Technology at The University of Huddersfield, before undertaking an MA in Music for the Moving Image at Leeds Beckett University. During this period, Jonathan has worked as an in-house Sound Engineer and producer at Peak Studios in Leeds – working with local artists and musicians on projects ranging from band recordings to audio books. In 2016 he began freelancing as a composer and audio producer, working with film directors and video game developers across the UK. In 2018, Jonathan collaborated on an Interactive Eco-Art sound-based project, that became installation at the National Science and Media Museum in Bradford. This project highlighted the detrimental impact that industry is having on nature. During his time as a freelancer he has worked on a wide range of projects such as scoring the award-winning Huddersfield documentary ‘Dispersing the Problem’, as well as Greenlit indie video game ‘Gunnhilation’ with Robo Pixel Games. Jonathan’s background in audio has brought him to The Northern School of Art in a Technician/Demonstrator role – With an aim to provide both theoretical and practical expertise in the field of sound and video. His research interests are focused towards promoting collaborative practice within the industry. Qualifications: BA (Hons), MA