Chat with us, powered by LiveChat The Northern School of Art

UCAS CODE W220 This BA (Hons) Illustration for Commercial Application degree is an inspiring art course that will help you create and develop your own illustrative voice. Your development - creatively, academically and professionally - will be directed into producing a distinct portfolio and developing a strong business focus to support you in launching a successful career in the creative industries. BA (Hons) Illustration for Commercial Application Programme Specification 2019-2020 Thinking of applying? Find out more about our fees&housing.

Our BA (Hons) degree in Illustration for Commercial Application here at The Northern School of Art is a unique course that offers opportunities to build a credible contemporary and commercially aware illustration portfolio, with training from working practitioners in the industry. Our degree is unique in that we offer a distinctive studio culture; no two days on this course are ever the same. We back this up with a wealth of industry links, exhibitions and opportunities. What to expect when you join us • From the moment you start, you are an illustration industry professional as a member of the Association of Illustrators.
• Students are given their own individual work space and a wealth of industry standard resources. • We provide you with access to the high profile illustrators from different areas within the industry through our extensive visiting lecturer scheme. • We support and guide you to have your own unique illustrative voice, evident from the diversity and breadth of our students work. We exhibit in places such as: • The Coningsby Gallery • The House of Blah Blah • The Festival of Illustration • Ernest • Truman Brewery (Degree Show) Commercial opportunities for our students have included: • Spitalfields Market - Level 5 students selling work • Coningsby Gallery - Level 4 selling exhibition • The House of Blah Blah - Selling exhibition for Level 4 / 5 / 6 • Ernest - Two exhibitions of successfully submitted work This course is also behind the successful The Northern Festival of Illustration , which runs bi-annually. The festival is an arts council supported exhibition of internationally renowned illustrators and a series of workshops for illustrators of all ages.

In your first year (Level Four) you will explore:

In your second year (Level Five) you will develop:

In your third year (Level Six) you will produce: 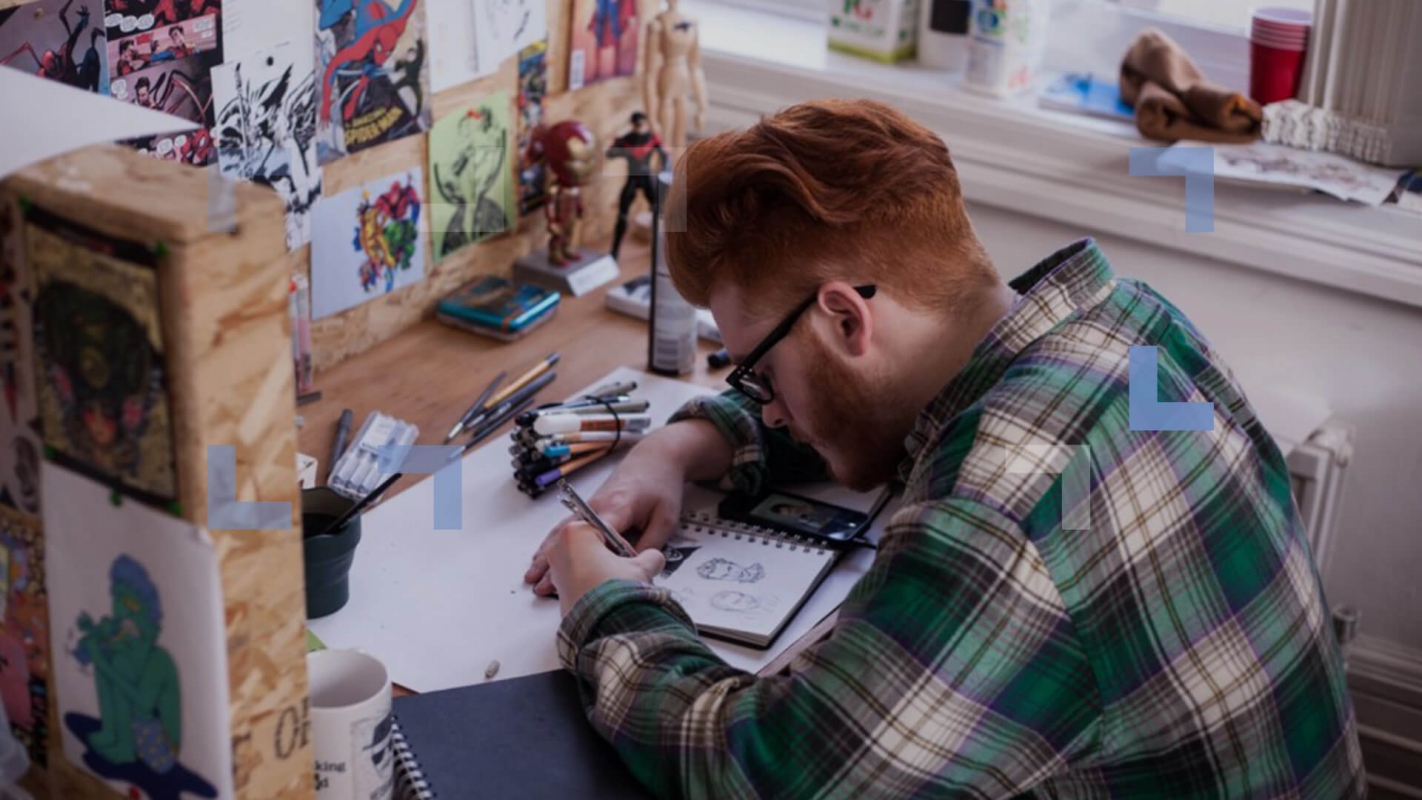 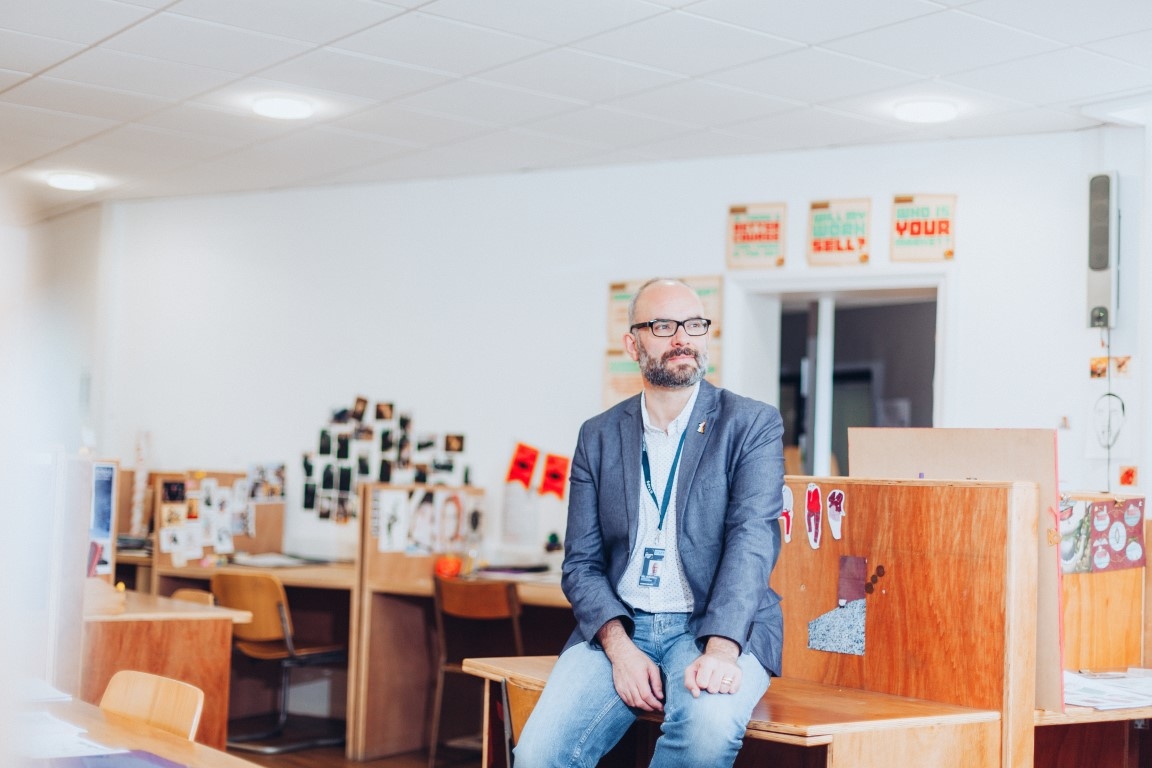 Programme Leader Niel is an established animator, illustrator and artist whose work has featured in Disney productions and Marvel Comics as well as numerous feature films and computer games. His career started at Marvel Comics before he moved into the animation industry where he worked on a broad range of projects from cereal commercials to feature films including Space Jam and Lost in Space. He then moved into the computer games industry as a concept artist, illustrator and animator on games including Shadowman and Harry Potter and the Philosopher’s Stone. Niel’s work for Disney included a Lion King short film called ‘The Circle of Life: An Environmental Fable’ which played at the Epcot Centre’s The Land pavilion at the Walt Disney World Resort in Bay Lake, Florida, for over twenty years until it finally closed in 2018. After a stint in London, Niel returned to his native Hartlepool and formed his own studio, supervising a team of animators and artists, producing work for UK television shows such as Spooks, Hyperdrive, Mongrels, The Windsors and Derry Girls. More recently, Niel has been involved in the Doctor Who blu ray range, creating new animation, graphics and effects. When he’s not drawing or animating, Niel enjoys writing and has had nine books published. 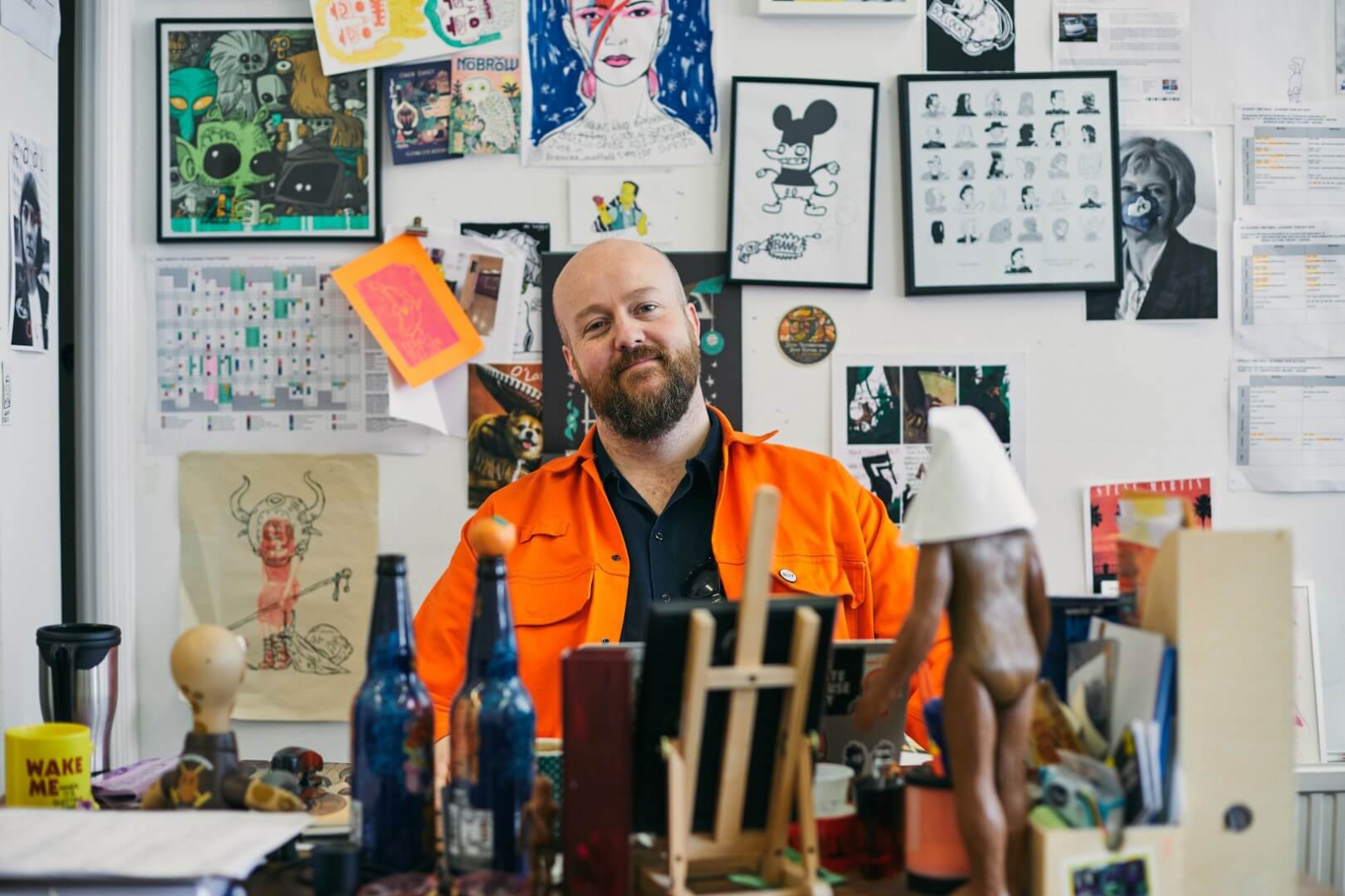 Lecturer After spending a year working in licensed products at a childrenswear design studio, Nik then spent 3 years as an in-house Illustrator, Graphic Designer and Art Director (Humour) at UK Greetings. With over 14 years freelance experience, for a wide range of clients including Paramount Pictures, BBC, Channel 4, Microsoft and Google among others, his experience as a commercial illustrator is exhaustive. He has worked on almost every aspect of commercial illustration, including fashion, concept art, children's books, editorial illustration, product design, comic books, greeting cards, branding, logo design, animation, advertising and tattoo design among others. As well as client-based work, Nik also works on private commissions and sells his work - both through online stores as well as at various film and comic conventions around the UK. 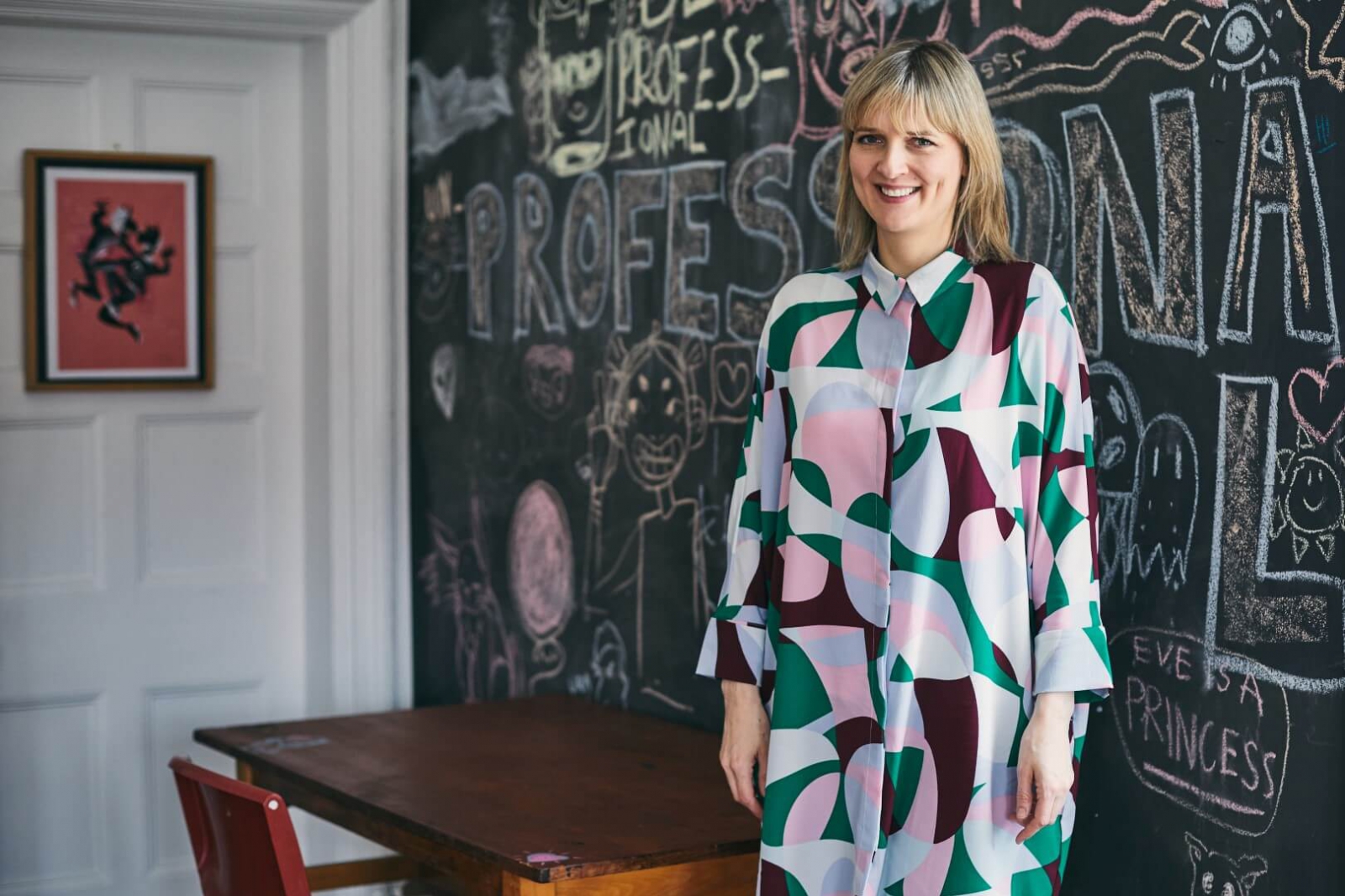 Lecturer Frances began her creative career as an Assistant Accessories Designer at high end womenswear brand Luella, before moving into illustration. She worked for The Bright Illustration Agency on a range of editorial, greetings and publishing commission for clients including Paperlink, Egmont Publishing and Michael O’Mara Books. Frances now combines lecturing with a successful freelance practice, illustrating the Fashion Exercise Book (2014) and Pick Up a Pen (2018) for Pavilion, a leading publisher specialising in illustrated books for the UK and international markets. She has produced live portraits for events across the country, and exhibited and sold work at the Baltic Self Publishing Artists’ Market. Frances also exhibited at the Hartlepool Festival of Illustration in 2017, and curated the Fashion Illustration section. 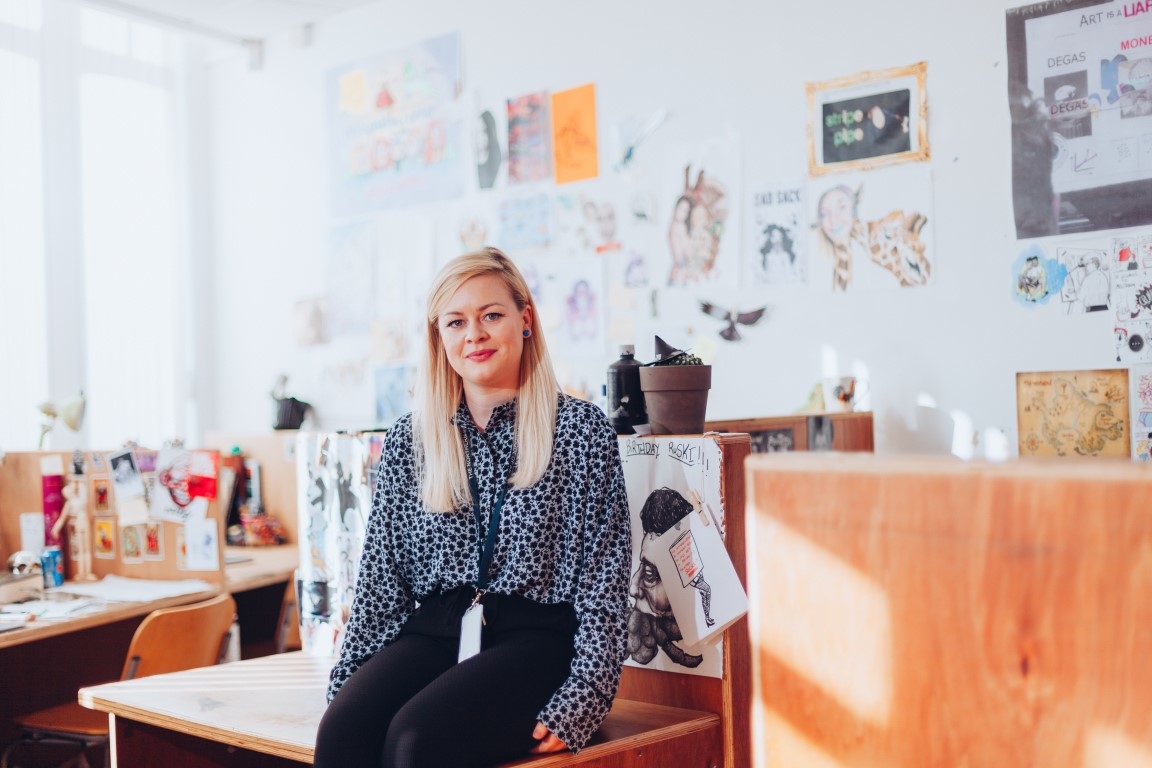 Lecturer Alice graduated from an MA in Illustration and Design in 2013 and since has worked in higher education whilst developing personal work for a range of regional exhibitions including; The Northern Festival of Illustration in 2019, Emanation at ThoughtFoundation 2018, Hamsterley: Unearthed 2018 in Hamsterley Forest, and the Drawing Parallels and Drawing the Line series at Gala Gallery and Holy Biscuit gallery. This has built a wealth of experience working with varied teams to plan and curate exhibitions. Alice has worked on a range of illustration commissions for clients such as Bernicia Festival, Lake Poets, Narc Magazine, The Customs House theatre, and Tiny Lights Recordings and Kittle PR. Alice continues to work on private illustration and design commissions alongside lecturing.

This degree is for you if you wish to have a career in: 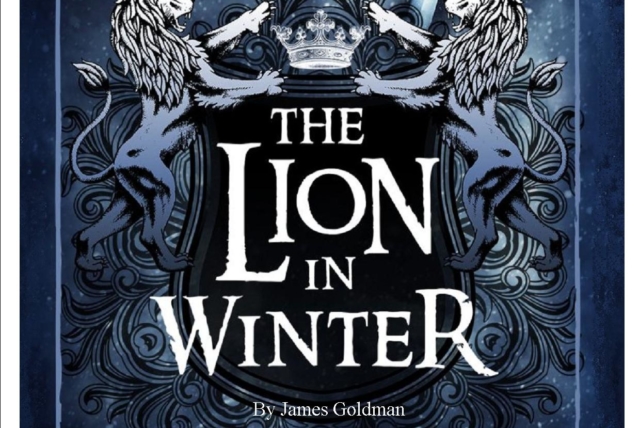 Feb 18 2020A team of students and staff from The Northern School of Art are using their skills and talents to help a local theat...
READ MORE 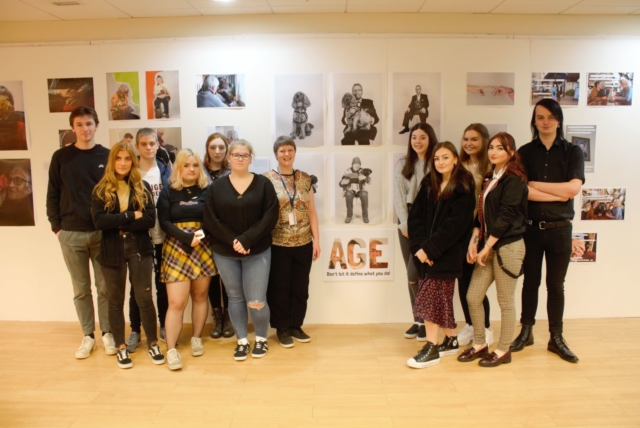 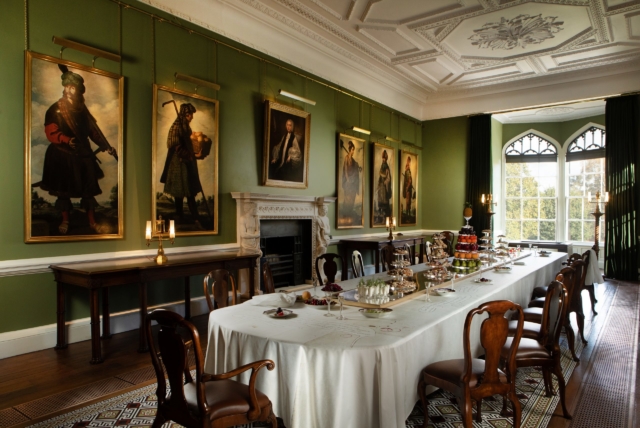 Jan 27 2020Some unusual props created by production design degree students from The Northern School of Art have gone on display ...
READ MORE