Thinking of applying? We still have places available for September and are following all safety guidelines, as well as ensuring you have safe networking, face to face support and events to join!

The BA (Hons) Visual Effects & Model Making degree here at The Northern School of Art has been developed directly with our industry partners, who include visual effects artists, miniature effects designers and model makers. This degree explores the development of employable skills for a host of industries and will develop both traditional and digital skills through a diverse programme of study. Students will learn the desired and versatile practical skills needed to work in a number of specialties such as: Animation, Architecture, Product Design, Advertising, Exhibition Design, Heritage and Amusement industries. This degree teaches students to combine creativity with high levels of technical ability. Developing practical workshop techniques with digital skills to help students secure employment in a diverse range of Industries.
This degree teaches students to combine creativity with high levels of technical ability. Developing practical workshop techniques with digital skills to help students secure employment in a diverse range of Industries. • Architectural Model Making • Model Making and Design for Theatre • Film and TV prop making. • Prototyping for Industrial Designers • Puppet and Character development for stop frame animation • Interactive Exhibition Models • Animatronics and Automata for exhibition and TV • Character Design • Creative arts animation • Photographic props for advertising • Concept models for the game industry
First Year • Research Studies • Drawing for Creative Development • Workshop practice • Visual Development • Digital Creative Development • Traditional Creative Development Second Year • Professional Practice • Action Props • Transformative Techniques • Workshop Practice • Digital Development • Professional Consolidation Final Year • Project Research and Preparation • Final Major Project • Dissertation/Report • Final Show and Portfolio
Undergraduates will learn traditional technical skills such as sculpting and mold making as well as digital skills including digital scanning and 3D printing using our industry standard software. Our model making team have a lot of industry experience and so maintain a strong client database including: • Aardman Animation • Industrial Light & Magic • Alpha Star Productions • Custom House • BC-FX
As well as having access to a brand new television and film studio and 129-seater theatre space already in use for students, a new 30,000 sq ft commercial film and television sound stage facility and studio complex ‘The Northern Studios’* is currently in development which will provide on the doorstep access to the only television and film studio in the North East. These facilities will allow students an extraordinary opportunity for access to industry guest speakers and the possibility of work experience on professional film and television programmes, as well as industrial links within both the worlds of stage and screen.
Your portfolio is a visual statement it says a lot about an applicant and their practice. The advice below is not meant to be restrictive but rather offers some simple advice to help you prepare for your interview. What we like to see A well-presented and organised portfolio of work demonstrating your best examples, which may also include 3D practical/digital models and a level of progression and development through your recent study. Also having the confidence and enthusiasm to talk about your work and portfolio. Drawing Technical drawing and perspective drawing would be beneficial but not essential. A wide range of media is also an advantage, which would demonstrate that an exploration of drawing is taking place. Sketchbooks Ideally these should include research and clearly show how this research relates to the project work undertaken. Questions we may ask • What TV shows, theatre productions and films are you excited about? • What have you been to see recently? • Do you have any practical experience such as backstage work or working on festivals or events?

Watch now to find out about the benefits of being a part of our collaborative student body and what it's like to be a student on our VFX degree! 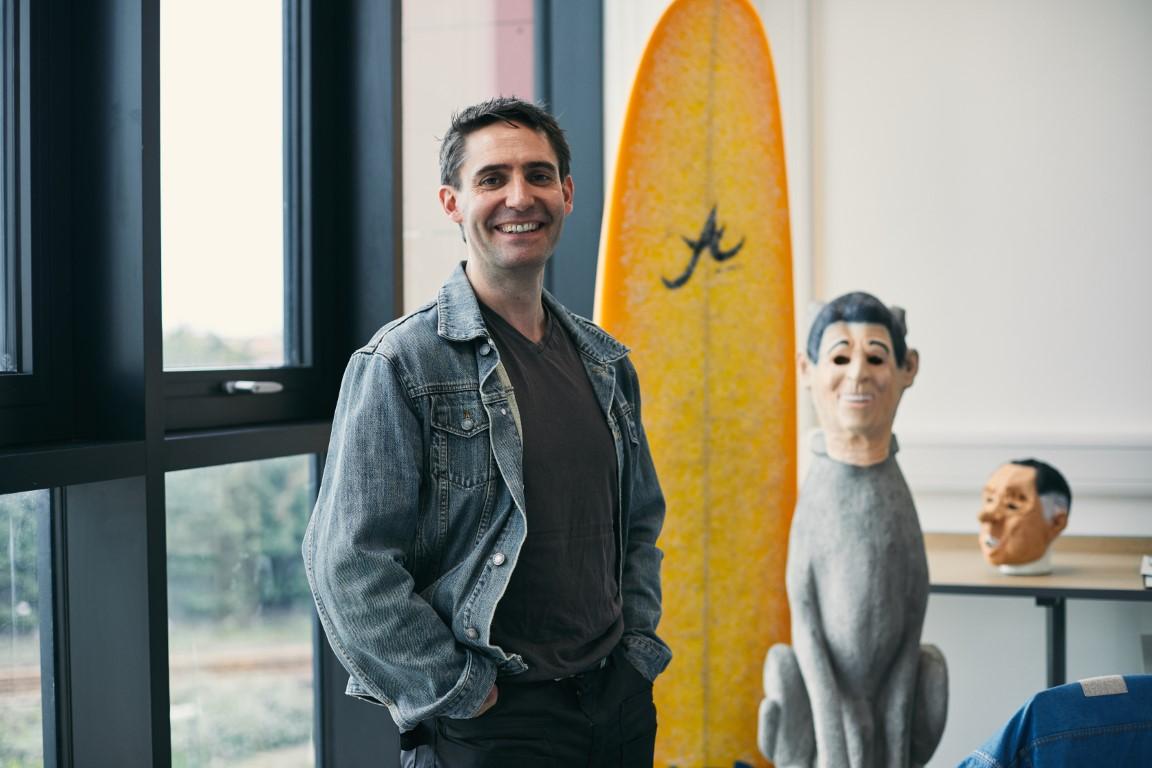 Lecturer / Creative Practitioner John has been involved in the world of film making since the late 1980s, starting with special effects for home video camera horror films, progressing to Hollywood blockbusters by the early 2000s, and experiencing everything in between, including stints in television, independent short films, theatre and animation. John has experience in front of the camera, performing and puppeteering, but specialises in building the worlds that appear onscreen, be it a prop, a model or a visual effect. With a career spanning over twenty years, John has made many contacts in the world of film, and is often called upon at very short notice to dress a set or create a prop or produce an obscure amputated body part or two. John has worked in the east midlands as a freelance architectural, exhibition and prototype model maker, travelled to China when he was a new product development manager for a novelty gift brand company and spent nearly a decade as a member of The Northern School of Art BA (hons) Production Design for Stage and Screen team, before becoming a full-time lecturer on the BA (hons) Visual Effects and Model Making degree programme in 2018. Constantly expanding his skillsets and working alongside students to explore innovative solutions to ever-more intricate problems, John is always happy to share his knowledge and enjoys learning even more through the student experiences and successes. 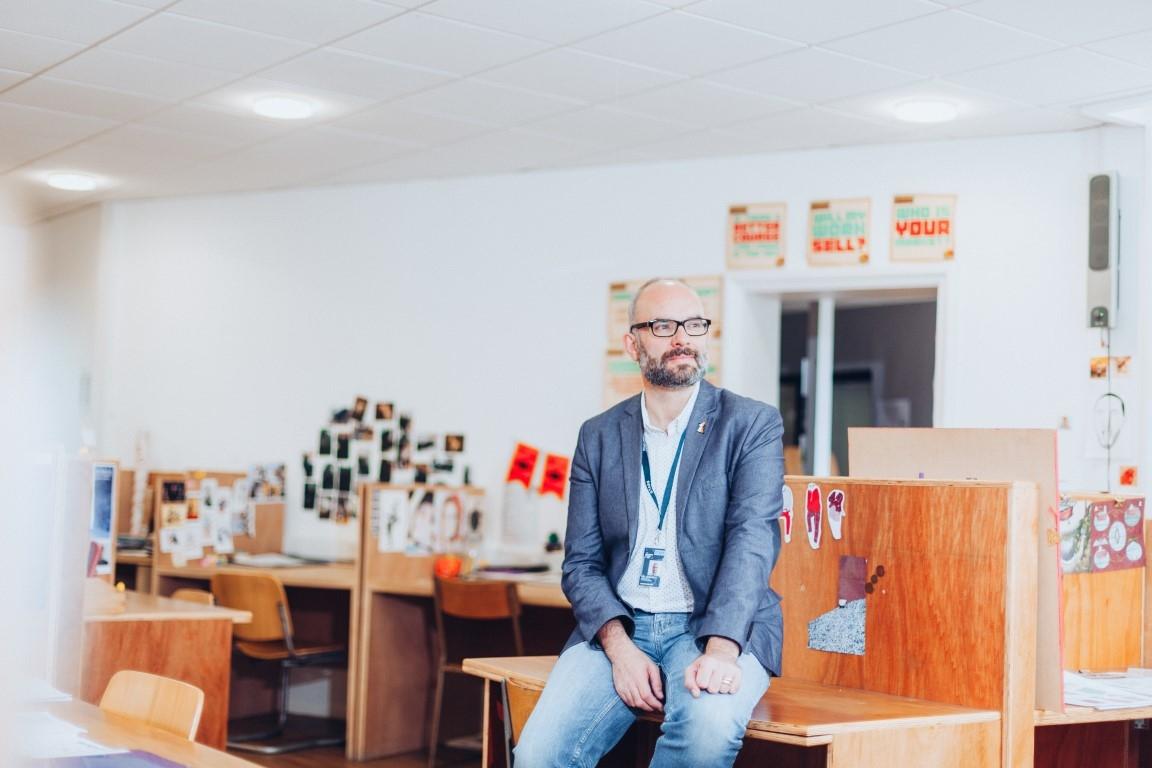 Senior Lecturer Niel is an established animator, illustrator and artist whose work has featured in Disney productions and Marvel Comics as well as numerous feature films and computer games. His career started at Marvel Comics before he moved into the animation industry where he worked on a broad range of projects from cereal commercials to feature films including Space Jam and Lost in Space. He then moved into the computer games industry as a concept artist, illustrator and animator on games including Shadowman and Harry Potter and the Philosopher’s Stone. Niel’s work for Disney included a Lion King short film called ‘The Circle of Life: An Environmental Fable’ which played at the Epcot Centre’s The Land pavilion at the Walt Disney World Resort in Bay Lake, Florida, for over twenty years until it finally closed in 2018. After a stint in London, Niel returned to his native Hartlepool and formed his own studio, supervising a team of animators and artists, producing work for UK television shows such as Spooks, Hyperdrive, Mongrels, The Windsors and Derry Girls. More recently, Niel has been involved in the Doctor Who blu ray range, creating new animation, graphics and effects. When he’s not drawing or animating, Niel enjoys writing and has had nine books published. 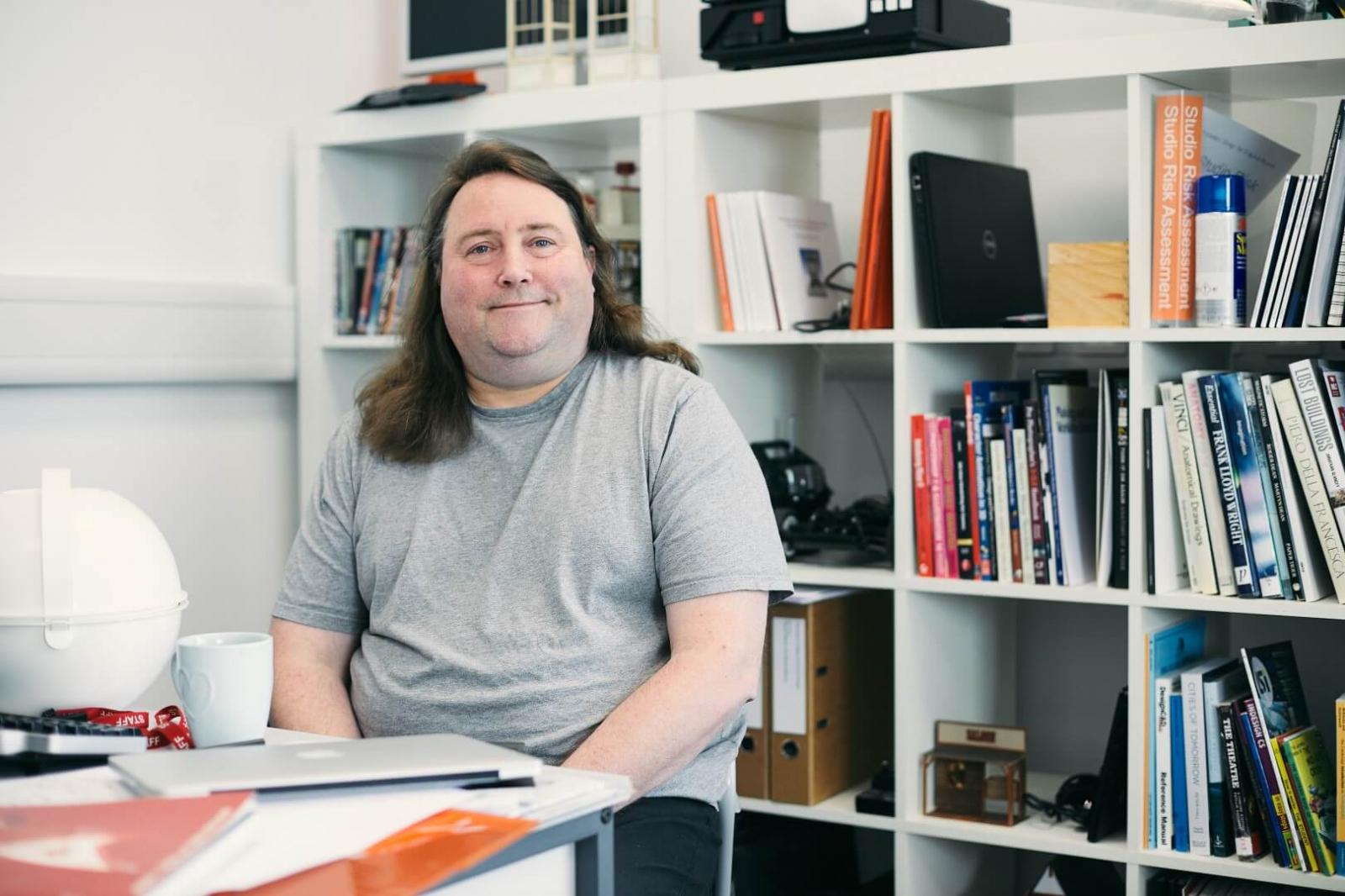 Senior Lecturer Tony’s early career saw him working as a product designer with Pankhurst Design and Development, Fulham London. Co designing a range of Theatre Lanterns for TBA Lighting. Tony moved back to the North East and became the Regional Graphic and Exhibition Designer with ‘Keep Britain Tidy NE’. His work here has included exhibition design, promotional and graphic design. Tony progressed to develop their ‘Theatre in Education’ productions for the promotion of ‘Tidy Britain’, which toured schools in the North East. This allowed Tony to progress to his primary focus as a Freelance Theatre Designer/Maker. Freelance work includes Theatre Design for countless stage productions including operas such as Carmen, Madame Butterfly, Louisa Miller, Don Giovanni and Foust. Tony designed and produced the staging for the world premiere of Bernard J Taylors, ‘Nosfaratu The Vampire’ at the Winter Garden Theatre, Eastbourne. Working with Leeds Youth Opera, he designed the British premier of the Donizetti opera ‘Gianni Di Calais’ and also worked on the Cleveland Youth Opera’s production of ‘The Italian Girl in Algiers’ with Glyndebourne Director Dyved Burne Jones. Tony's freelance Model Making includes interactives for the Theakston’s Brewery Visitors Centre and re production Blade Runner Props for the Ridley Scott exhibition in 2016 at ‘The Word’ South Shields, He has produced photographic and TV models for advertising and action props for BBC TVs ‘Tracy Beaker’ and ‘Byker Grove’. 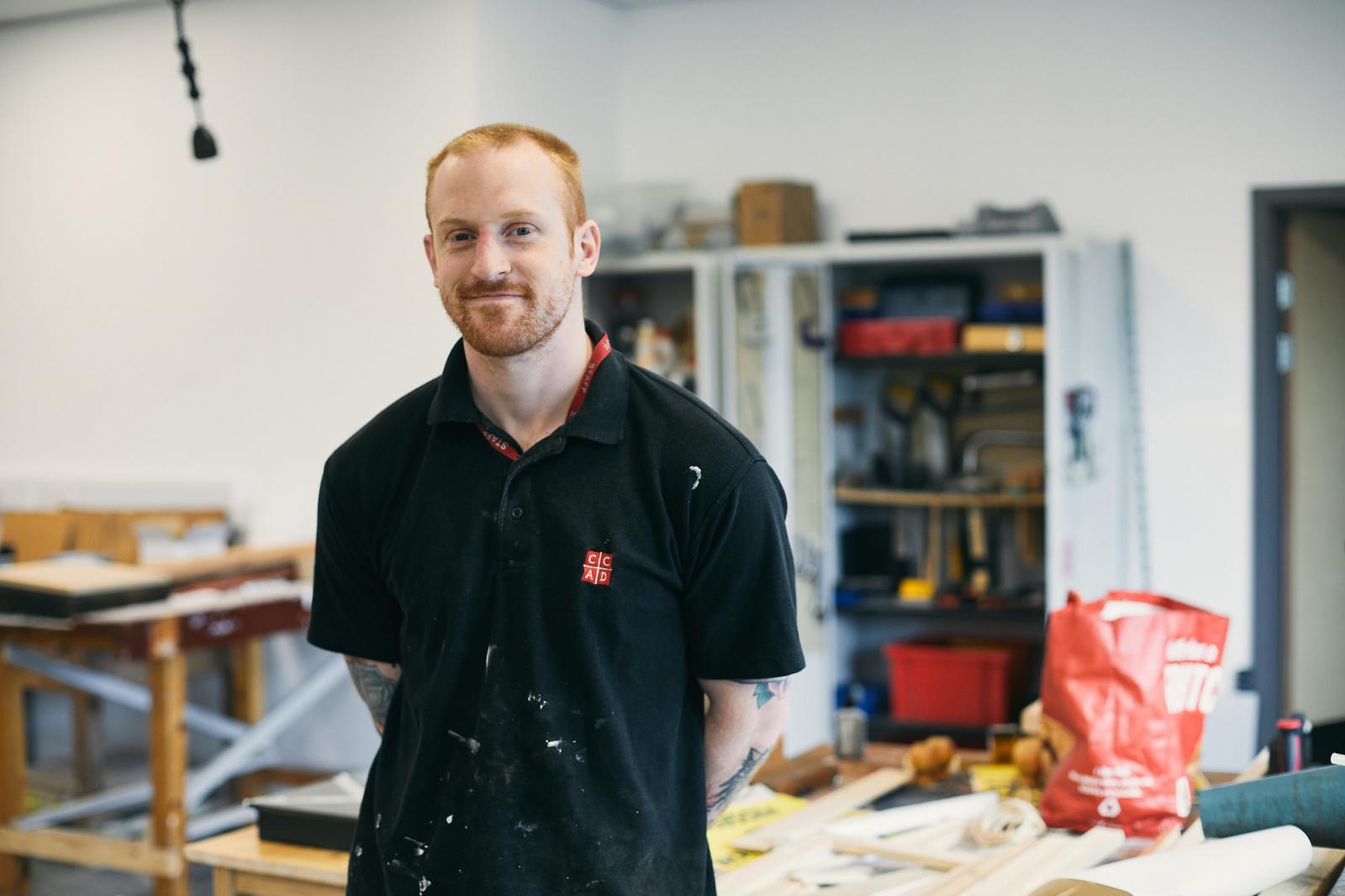 Creative Technician Mark facilitates all of the large scale builds across the stage and screen courses, he also supervises the 3D workshop. Mark demonstrates a variety of construction, finishing techniques, tooling processes and machine inductions, enabling students to make their design work a reality, no matter how intricate or ambitious the initial idea is. With a ‘can do attitude’ and a healthy dose of fun Mark regularly liaises with external event agencies and contractors to complete live student projects, briefs and install shows.

In your first year (Level Four,) you will explore:

In your second year (Level Five), you will develop:

In your third year (Level Six), you will produce: 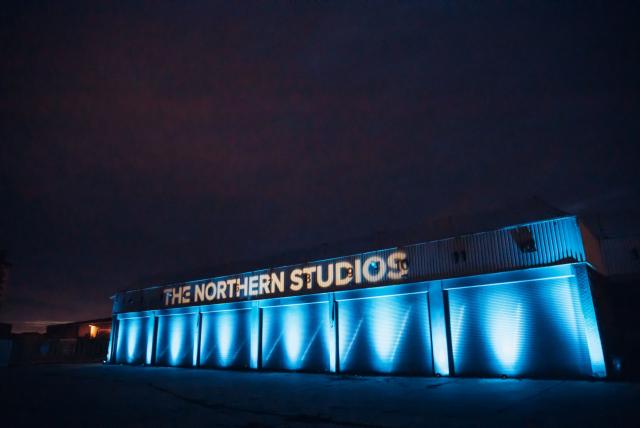 Sep 22 2021
creativitynorth east england
The Northern School of Art has welcomed the BBC’s announcement of major funding in the development of the screen indu...
READ MORE 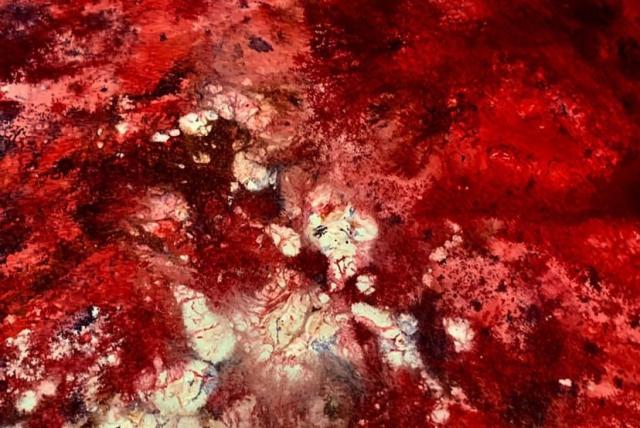 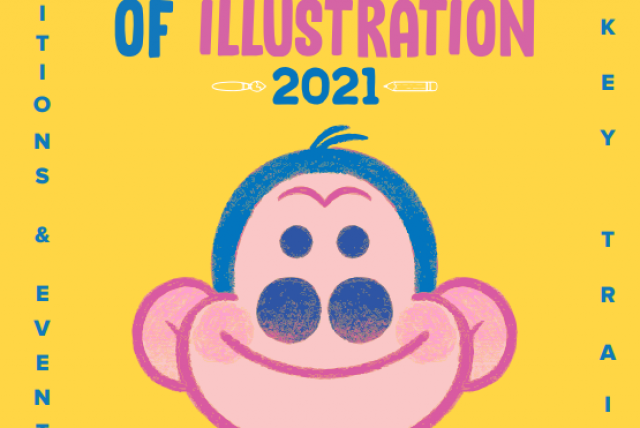 Sep 15 2021The Northern Festival of Illustration is back with a trail of decorated monkey sculptures around Hartlepool. On Satur...
READ MORE
Loading Comments...