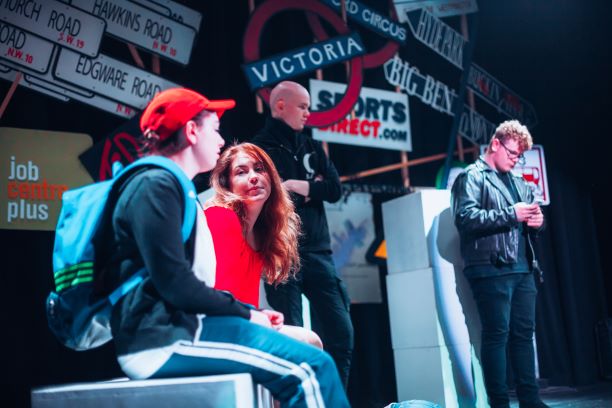 An acting student with a part in Ken Loach’s new film is in the cast of an upcoming theatre performance by the first cohort of acting students at The Northern School of Art.

Alberto Dumba, who will feature in Loach’s social realism movie ‘Sorry We Missed You’ set for release in 2019, joins his fellow students in a production of ‘Boy’ by Leo Butler on 17 and 18 January in the School’s Hartlepool campus theatre.

The play is a vivid and troubled story of an isolated young man and follows the lead character Liam over the course of 48 hours, providing an insight into London and Britain in general through the eyes of a 17 year old boy.

First produced at The Almeida theatre in 2016, this is the first time the play has been performed outside of London. It received an array of positive reviews for its raw depiction of contemporary London with playwright Simon Stephens describing it as ‘a fragile and astonishing thing’ and stating that it was his favourite play of 2016. 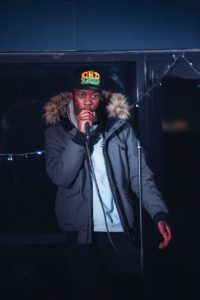 Alberto, 20, from Newcastle, pictured right, who plays a friend of one of the main characters in the Ken Loach production, plays a teenager in ‘Boy’.

He said: “Doing both has shown me the big differences between doing theatre and acting for camera. I spent six weeks training for my part but there was much less rehearsal for the filming. I used techniques that I learned from Stanislavski about being more naturalistic and used his ‘Magic If’ technique to help me to act naturally in my scenes.

“For my part in Boy I have had to learn lines and really get into the character and look at the sub-text and work closely with the rest of the cast.”

Alberto has also noticed a difference in how his fellow students treat the course at degree-level: “I’m really enjoying it. Everyone is really focused and professional, there is no messing around which means that we achieve a lot.”

He added: “My ambition is to become a big Hollywood actor, like a comedic Will Smith with the versatility of Jonny Depp.

“When I do succeed I will make opportunities for young people to have the chance to experience acting. I had to sneak onto an acting course after I left school as my mum wanted me to study science. She only found out that I was on an acting course when she got a letter for parents’ evening.  She’s really supportive now though.” 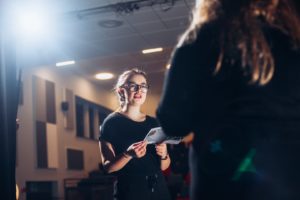 The lead part in Boy is played by Hannah Ould, pictured left.

“I was really surprised to get the part as I’m not a boy,” she commented. “It is really progressive casting and showed me that you don’t have to limit yourself.

“Learning the lines has been the biggest challenge as although my character, Liam’s, vocabulary is not extensive but he says the same things in different ways. I’m very excited about the production but really nervous too.”

Hannah, who is from Sunderland, is also enjoying the course: “I wasn’t actually sure that I wanted to go to university until I heard about this course and I’m loving it. It’s so different  and compared to drama courses that my friends are on its much more varied with a lot of screen time which is just what I wanted.”

The programme leader of The Northern School of Art’s Acting for Stage and Screen degree course, Jonny Bussell, says the production is the start of a really exciting journey, not only for the students, but for the course itself.

“The course is unique in that it provides specific actor training as opposed to drama or stage school training.  We’re also the only acting degree that focuses on stage and screen in the north east and things have been going from strength to strength since we welcomed our first acting students in September,” Jonny said.

“The rehearsal process for ‘Boy’ has been a lot of fun and at times very challenging, as all good rehearsals are.  The students have worked incredibly hard, not just on this project but the whole semester.  They have thrown themselves into a wide range of practitioners and methods which have taken them outside of their comfort zones.

“Their discipline, passion and talent have shone through their work this semester, they have been a pleasure to work with.  This production is an opportunity to show the skills they have developed so far.”

The performance is a collaborative effort, not just between director and actors, but with the School as a whole.  Students from the Production Design have made the set and Film, TV and Theatre students are doing the technical support for the show.  The pictures for the poster and marketing were taken by students from Commercial Photography and the poster was designed by one of the School’s Graphic Design students.

Jonny added: “I feel this production shows just what amazing things this institution can do.”

Boy is being staged at The Northern School of Art’s theatre at Church Square, Hartlepool, TS247EX. Tickets are available on a ‘Pay What You Decide’ basis and can be booked here

Details of the BA (Hons) Acting for Stage & Screen course and all creative courses offered by The Northern School of Art are available at www.northernart.ac.uk Or visit one of the School’s open days at its Hartlepool campus which take place on Saturday 23 March 2019, Saturday 8 June 2019 and Thursday 4 July 2019.