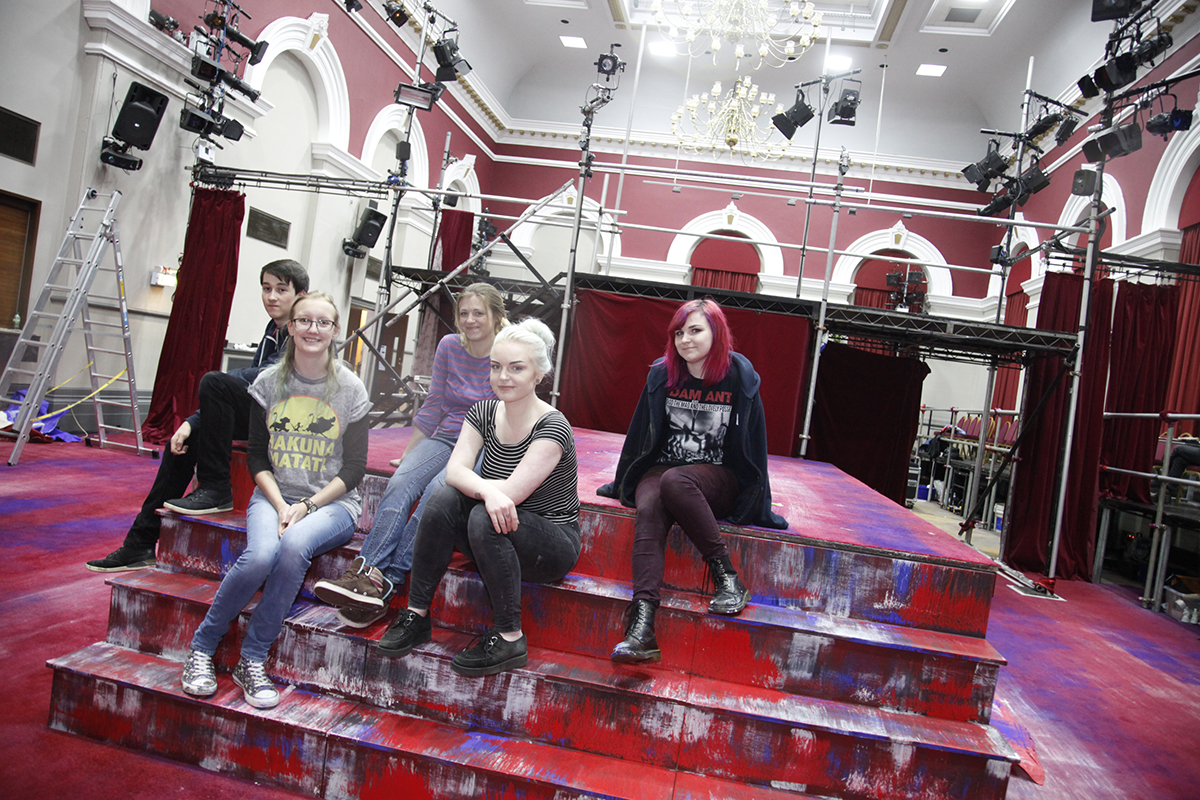 First year design students from a northern art college have took to the stage to help create a stunning set for Darlington Civic Theatre’s production of A Tale of Two Cities, setting the scene for an amazing work experience.

Students from the BA (Hons) Production Design for Stage and Screen degree at Cleveland College of Art and Design (CCAD) assisted the production design team in making props and building and painting sets for the classic Charles Dickens adaptation, which took place in front of packed audiences.

As the Darlington Civic Theatre undergoes a major restoration, the Central Hall at the Dolphin Leisure Centre, in which Charles Dickens once read, was the home to the students for three weeks in the build up to the show. The students worked alongside professional set and costume designer, Sarah Booth and her team to bring the set to life.

Designer Sarah Booth said: “Over the past few weeks the students have made flags, a number of props and painted the scenery and the carpet, which covers a massive floor area. They also helped with last big push of getting the show ready, which involved some last minute preparations for the dress rehearsal and the show itself. It has been great for us to have the extra help and for the students to see how hectic and hard it is getting a show up, and you can’t beat the hands on experience!”

One particularly challenging task was to paint a large carpet in a specific style designed by Sarah, and the flooring for the stage was created by the students using a variety of techniques.

30-year-old student Cat Wilson from Middlesbrough spent almost three weeks learning theatre crafts on the job. Working with fellow students Jess and Poppy as part of their first year Professional Studies module, they began the preparatory work in a warehouse by painting the carpets new using techniques to brush the paint strokes in.

Cat said: “Sarah was quite precise on how she wanted the flooring to look, so it was a case of trial and error at first but we soon got the hang of it and then we were left to the task, also painting the rostra theatre staging in the same style. Back at the Central Hall, we helped to make the Fleur de Lys cut outs using silk and Wonderweb fabric adhesive, which I had never used before, and Poppy had not used a sewing machine, so there were new experiences for us both. We then moved onto painting the flags and making props to look like old letters using an old fashioned style of handwriting.

“For my first experience it has been fantastic and I have learned so much, giving me more confidence in my own skills. I have also discovered all the other things you have to factor in when designing on set, such as painting something really detailed, hearing “lights” and then everything goes dark so you have to work with a torch! Meeting the production crew and theatre staff has also been great in terms of making contacts, and they were so willing to share knowledge.”

She added: “I would like to thank Darlington Civic Theatre, the cast and crew of A Tale of Two Cities for an amazing experience and to have the opportunity to be a part of such a wonderful show.”

Jess Storey, 21, from Spennymoor in County Durham really enjoyed the team effort. She said: “As everything is so large scale, you really couldn’t make the props and set construction by yourself, so it has been great to work together. Producing the flag was hard at first, to get the writing as we wanted, but once it was finished it looked amazing. I felt very proud seeing it and it was worth all the detail and hard work.”

18-year-old Rachael Burgess from New Hartley in Whitley Bay, currently living in Hartlepool, helped to work on the trims on the side of the stage, to make sure they blended in with the set produced by Cat and Jess, as well as helping with the Fleur de Lys.

She said: “I have thoroughly enjoyed the experience and have been quite surprised, as it just doesn’t compare to reading about it. Working with a professional designer in this environment has been so beneficial to my learning. I have taken so much from it and it has now given me a clearer idea of what I want to do and what I enjoy. I now know that I like working in this environment which I didn’t know before.”

Lynda Winstanley, Darlington Civic Theatre Director, said: “We are delighted that we have been able to stage a fantastic community production of A Tale of Two Cities, a partnership between Darlington Civic Theatre and The Touring Consortium Theatre Company. The project came about as a result of a successful bid to the Heritage Lottery Fund for a major restoration of the theatre, resulting in a temporary closure of the theatre. We are extremely grateful for the help and time the students have given to this production and hope they have enjoyed the experience.”

Pat Chapman, Head of Employability and External Relations at CCAD, said: “Real work experience, like this project, gives students an invaluable the opportunity to experience what it is like to work in their industry, and to develop and demonstrate their professional skills. A Tale of Two Cities has been a great project for them to work on alongside the wonderful team in Darlington and get a genuine feel for the pressure of live theatre production.”

The Rise of the Indie Magazine 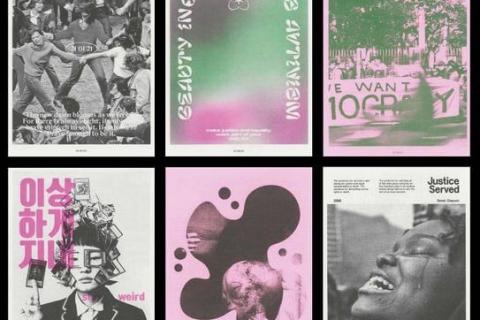 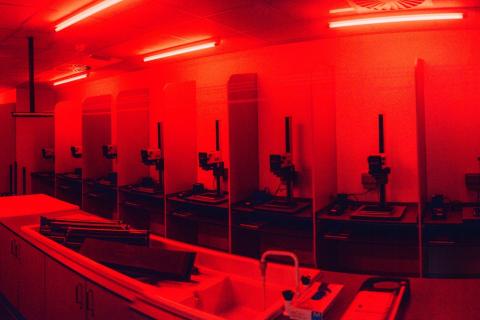 Masterclasses for Teachers Looking to Upskill in Art & Design!