ARTS students delved into their dark sides to stage a major exhibition with a haunting theme.

Cleveland College of Art & Design was approached by Preston Hall Museum, Stockton, to create a gothic horror exhibition of work in its new gallery.

The collection by Year 1 and 2 BTEC Extended Diploma in Interactive Media students will be on display until the end of the year.

The exhibition opened to critical acclaim allowing the young artists to showcase their skills in digital media.

Preston Hall Exhibition Officer Mark Tindle said: “They had free rein to wander around the hall and its grounds to soak up the atmosphere and be inspired by its heritage.

“We then selected the best pieces based on technical ability, design and the best use of the hall. We wanted to get them used to working to a professional client brief and the standard was outstanding.”

The Northern School of Art Interactive Media tutor John Stead added: “It has been a great opportunity for all of our students to show off their skills. People think interactive media is just games design when it is much broader than that, which this exhibition demonstrates.”

For Mark Nichols, 17, of Eston, the exhibition proved to be a double first. It was the first time he had exhibited any work and it was judged to be best in the exhibition.

“I was really surprised as I didn’t even expect to be in the top three,” he said. “I looked at some gothic art and tried to make it more striking with a shadow watching over the hall which manifested itself as long tendrils.”

Mark hopes to continue his studies with a view to becoming a film animator or illustrator. “The The Northern School of Art course has been brilliant because it is such fun but also completely relevant to where I would like to work in the industry,” he said.

Fellow student Sophie-Babur-Puplett won the poster design competition which was used to market the exhibition. A separate piece of work was also placed third overall.

The 17-year-old, of Stockton, is also studying AS Level Graphic Design. Her winning poster was inspired by the book Dorian Grey, a sinister tale of the corruption of an innocent man.

“I love art nouveau and collected images which when used in reflection formed devils and skulls,” said Sophie, who hopes to continue her studies in the renowned Kolding design school in Denmark after completing the BA (Hons) Illustration for Commercial Applications degree at The Northern School of Art’s Hartlepool Campus.

“I would love to travel and also become an illustrator of posters, adverts, logos and children’s books.”

Second place overall went to Lucy Snowdon, 16, of Hartlepool, with her work entitled The Unfortunate Demise of the Raven’s Home, inspired by the work of Edgar Allan Poe.

She said: “I have really enjoyed the project and this is the third time I have exhibited my work, which is great. I would love to be a book illustrator one day.” 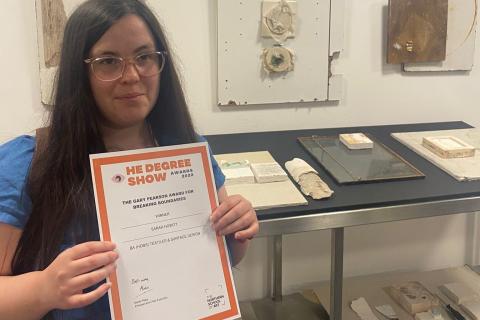 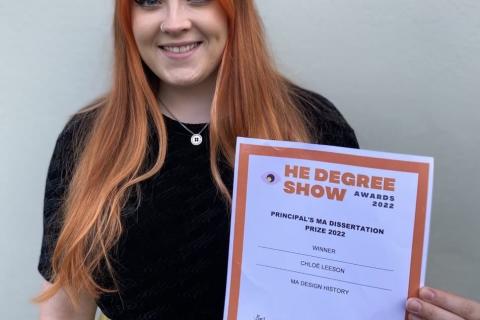 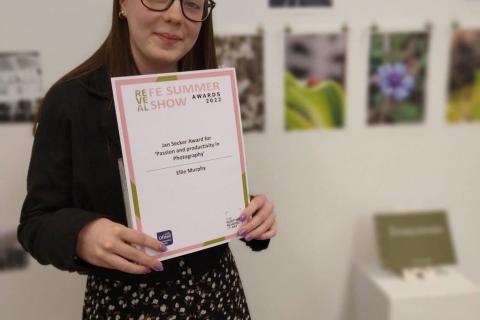