AN acclaimed young photographer is appealing for people to help him complete a record breaking challenge as he exhibits his work at a major North East art festival.
Cleveland College of Art & Design student Jack Harrison has set himself the task of taking 500 portraits in just one day as part of the Middlesbrough’s Show Us Your Art Festival.

Jack, 18, of Middlesbrough, who is studying his second year of a BTEC Extended Diploma in Photography is one of only 80 finalists, chosen from over 300 entries, to exhibit his work at the annual three-day festival which will see Middlesbrough town centre transformed into an giant outdoor art gallery.

The festival, run in conjunction with mima, Middlesbrough’s modern art gallery, will showcase a selection of exhibits from September 21 to September 24 including sculptures, painting, drawings and photography in locations throughout the town centre – including churches, cafes and major department stores.

“I was absolutely overwhelmed to have been chosen to show my photographs at the festival,” said Jack.

“It’s such a buzz to know that hundreds of people will get to see my work – especially within my own home town.

“The idea of setting myself the challenge of taking 500 portraits is not only to try and get as many people as possible to come down and enjoy the festival – but also to be part of it.

“I’m planning to use all the portraits to create a giant collage which will be put on my website for people to tag themselves and I’m also hoping to print out and donate the finished work to mima.”

Jack’s, who taught himself the basics of photography by copying tutorials on You Tube before perfecting his craft at CCAD, has already seen one of his images of Albert Park pasted to billboards throughout the town after being picked as one of just five photographers selected for the Discover Middlesbrough campaign by Middlesbrough Council.

His work was chosen after he was highly commended in a competition for Middlesbrough Library, which saw his photograph of Middlesbrough Central Square sold as the retirement present for Judge Peter Fox QC.

“I’ve never been so excited in my life as when I saw the billboard outside Waterstones with my picture on it,” added Jack.

“I walk past it almost everyday and keep wanting to tell everybody ‘I did that’. Being here at The Northern School of Art has given me so much confidence in my work. It has helped me explore my art and really develop myself as a photographer.

“I’ve set up my own company JH Photography, with help from Nicola Mitchell, and we have already done a number of local commissions for commercial pictures – something I wouldn’t have been able to do without the skills I’ve learnt at CCAD.

“I hope that loads of people will come along to the festival, see the incredible local talent on offer, and enjoy have their portrait taken.”

Jack will be taking free portrait shots from 1am to 5pm on Friday September 21 in central square Middlesbrough. Any donations made will be collated on behalf of Zoe’s Place, Middlesbrough.

For further information on JH Photography log on to www.facebook.com/JackHarrisonPhotography or nicnacno7.wix.com/nicolamitchellart. 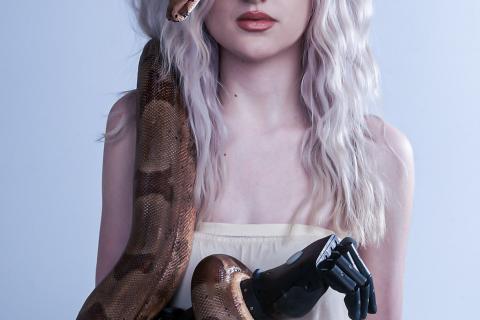 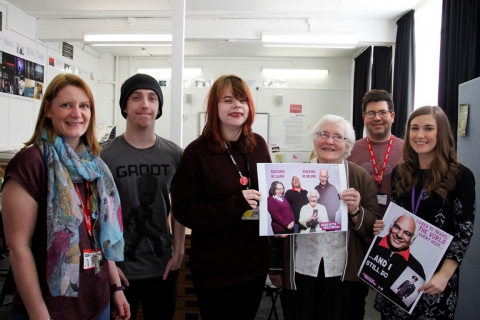