A SET designer’s career has reached a crescendo after using his creative skills in one of the most iconic buildings in the world.

Former The Northern School of Art student Leslie Travers has recently completed working as the set and costume designer on the glamorous production of the Merry Widow at the Sydney Opera House in Australia.

The 43-year-old, originally from Hartlepool, said: “This was definitely the highlight of my career so far. I was thrilled when I got the contract to do the show.

“It is such an iconic and famous building, so to be a big part of it on such an important production was amazing.

“It was fantastic to make the sets and costumes for the Opera House knowing that so many people would see my work. There were around 2,000 people in the audience; this was a real landmark for me.”

Leslie studied art and design at The Northern School of Art in 1988 and since then has built up a world-wide reputation with his company Leslie Travers Design.

He now lives in London and has worked on over 100 operas and theatre shows in venues in Ireland, Italy, France, Germany, Austria, Sweden, Japan, Canada, USA and now Australia.

He has worked with well-known set and costume designers on some of the best known shows including The Lion King, Billy Elliot and Mama Mia.

His experiences have taught him how best to hit deadlines and budgets and produce sample sets with the wow factor.

Leslie said: “After leaving the North-East, I came to London and graduated in theatre design from the London School of Art. Since then I have always worked freelance.

“I started out as an assistant working on small and medium-sized shows. But my first big contract came when I was 26-years-old and I was asked by Lesley Kemp to design and make the set and costumes for a production called Veriete, at the Hackney Empire.

“This opportunity really took things to a different level. Lesley Kemp was very well known in the industry and this helped in getting my name out there – and I’ve never looked back really.”

Leslie’s love of all things theatre started when he was just 12 and he began making cardboard theatres and stage shows for his family.

“The turning point for me was when I went to see a production of Nicholas Nickleby, which was six hours long and I was just so impressed how they could tell this story just using props and furniture; it was then I knew this was what I wanted to do.”

“It’s all about detail and making sure everything is right. My task is to make sure everyone knows what they are doing and that their work is fitting into the right place. I always have an image in my head of what I am trying to achieve for each production.

“I like to do both costume and set design. I like the control over the whole show. It means it is very busy but I prefer this.

“I work with a lot of skilled people, right down to the hair and make-up artists, to get the look right; it’s like working with an orchestra of people and my job is to bring it all together in harmony.”

During his time at The Northern School of Art Leslie was given the opportunity to try lots of different art disciplines.

“It was such a brilliant year of my life because I was able to really concentrate on what I wanted to do and learn about art,” he said.

“For me it was the best year of education I had as I learned so many different things, skills I am still using today.

“I remember the college so well; I can even remember the smell of it and the pottery rooms and printing rooms. It was fantastic, really informative and gave me a great start on my career.” 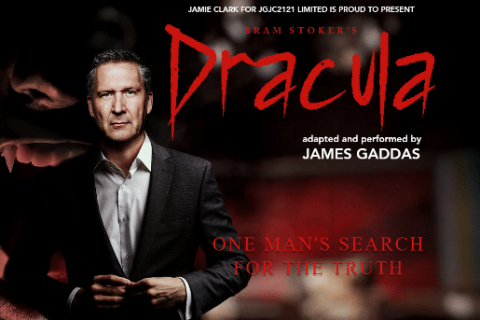