With the ‘Localism’ exhibition due to open at Middlesbrough Institute of Modern Art (mima) this weekend, there is no doubt that CCAD’s illustrious alumni will feature heavily since we’ve been in Middlesbrough since the late 1860’s.

The Evening Gazette describes localism as ‘ a live stocktake of the artists who have lived or worked in and around Teesside, past and present, and tells the story of the full range of creative activities that have been undertaken since Middlesbrough industrialised in the 19th Century.’

There are also some very exciting debates and responses to the localism exhibition happening too.

The Northern Correspondent will discuss northern cultural regeneration and ask: has it worked? Over the past decade, bold and costly new art and music venues have sprung up in towns from Margate to Middlesbrough in the hope of bringing contemporary art and new music to the masses. Has the strategy worked? Are they more than “cultural investment” to help regenerate an area and boost property prices?

There will be a panel of various North East art experts who will discuss the topic on Tuesday 13 October 2015, 6.30pm–8pm. Panelists include, Alistair Hudson, director of Middlesbrough Institute of Modern Art (the host venue) and Ros Rigby, performance programme director at Sage Gateshead, Jane Tarr, director for organisational resilience and the north at the Arts Council, Dave Harper, drummer with Frankie & The Heartstrings and owner of Pop Recs Ltd, Bobby Benjamin, ex-CCAD fine art student, artist and co-founder of House of Blah Blah and Theresa Easton, printmaker and organiser of The Baltic Artist Book Fair which our staff have used as a platform to sell their work. This link takes you to more information.

Opening on the same day as the Localism Exhibition is Stable, which will bring together the artists of Platform A Gallery in a presentation that corresponds to the Localism exhibition. The stable of five core Platform A artists are displayed within the context of the Localism theme and represent the clean, conceptually driven aesthetic that Platform A has become associated with.

Details of the Platform A exhibiting artists are:

Tony Charles’ work is underpinned by industrial concepts, materials and processes and investigates the relationship between 2 and 3 dimensions within art historical contexts. Recent work comprises his ‘Unpainted’ series of works that involve the use of the industrial grinding process. Tony is also a Fine Art Lecturer at CCAD.

Alex Charrington uses a painterly repertoire alongside printmaking to explore the contrast between painterly marks and graphic motif. Current work has explored the designs of drain covers and their uncanny likeness to well-known compositions within the history of art. The intention is to suggest a fictional ethnography of religious decoration associated with exotic cultures

Jo Hamill explores the multifarious occurrences innate within language and in particular the written word. She sees the absurdity of language lying in its limitations or failings, or more accurately our failings. Her work explores how containment of the written word, its tying down to the page, its order, its structure and the conventions it adheres to, affords us the opportunity to grasp what is being said and consequently what is being unsaid and often poses the question: When words fail or cannot be found what remains?

Nick Kennedy’s work follows a path of experimentation with a practice that spans drawing, sculpture, installation and performance. His ‘experiments’ often deliberately parody scientific process to reflect a fascination with the hidden nature of things, time and materials. He seeks order in a chaotic world, recasting chance and unpredictability as his tools.  In recent projects, Kennedy has distanced himself from the act of making through the introduction of delicate drawing devices and close collaboration with participants to realise works that explore the boundaries of drawing.

Annie O’Donnell uses everyday materials that refer to her own relationship to the plastics manufacturer close by the place where she grew up. Her past experience as a dancer and her research into her own ancestry informs the gestural sculpture she constructs.

TEXTILE STUDENT HITS THE BIG TIME IN THE BIG APPLE 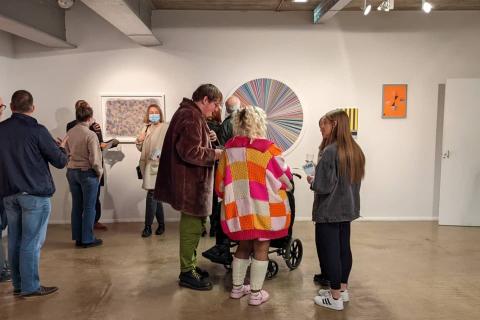 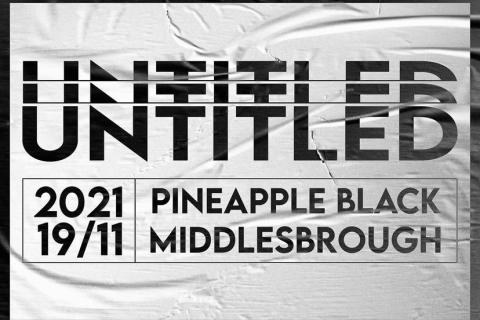