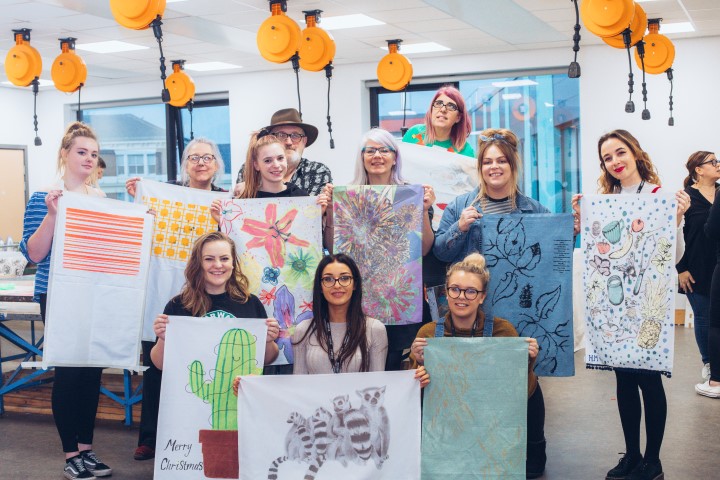 A range of unique printed and embroidered tea towels created by textile design students at The Northern School of Art is heading for a collection of rebel grandmas celebrating Christmas in one of the world’s most toxic landscapes.

The craftworks are part of a festive package destined for the Babushkas of Chernobyl, a community of women that defied the authorities and continue to live inside the radioactive Dead Zone surrounding Chernobyl’s Reactor No. 4, in the Ukraine.

Thirty students, most on the BA (Hons) Textiles and Surface Design degree and others at the School’s university-level campus in Hartlepool, printed the towels with personalised imagery and added stitch using the same traditional techniques that are part of the Babushka’s heritage.

The embroidered cloths will be parcelled up, together with a hand-written message, some chocolate and hand knitted gloves and scarves donated by Stockton-based knitting group – ‘From the Heart’. Each package will be a personalised gift for the women and men, now in their 70s, 80s and 90s, who defiantly live inside the radioactive 1,000-square-mile ‘exclusion zone’ surrounding Chernobyl.

They form part of a community that refused to stay away after the Chernobyl nuclear plant explosion in 1986.  Instead they returned to their homes in spite of radiation contamination estimated to be 400 times greater than the bomb dropped on Hiroshima.

Over 30 years after the disaster the self-settlers continue with their day-to-day lives in their contaminated houses located in ghost villages throughout the zone.

Claire Baker, a lecturer in textiles at The Northern School of Art, organised the embroidery session for students and will be personally delivering the packages on 27 December in a trip sponsored by specialist travel company, chernobylwel.com, and supported by the British Council and the Crafts Council as part of the Crafting Futures Grant Scheme, which supports international craft research projects.

A regular visitor to the area, she has been working on a research project with the Babushkas called ‘Embroidery as a Language’ creating a communal embroidery piece with them to capture the stitching techniques before they disappear.

Claire said: “These incredible, strong and resilient people, who are not only isolated from the rest of the world but also from each other, are very grateful and excited to receive any visitors, especially from abroad and particularly in the winter, as often roads are impassable due to heavy snow and often they cannot even get over their own doorsteps.

“They say that it is a wonderful thing that they are not forgotten, and at Christmas especially it can be an incredibly lonely time for them and to have personalised yet useful gifts is very touching.

“I have spoken many times to students about my research work in the exclusion zone and they wanted to do something to help the remaining people as they have fallen in love with the Babushkas.”

The students were very enthusiastic about the project.

Lorna Hill, a third year Fine Art student from Rotherham, who created a brightly coloured, hand-drawn cloth, visited Chernobyl last summer and met some of the Babushkas. “It was amazing being in that environment and seeing where they live. They were so welcoming when we visited so I wanted to give something back by sending this gift,” she said.

Third year textile design student, Ali Wilkes from Gateshead, said: “People’s perceptions of Chernobyl are quite negative because of the nuclear disaster but there is a great sense of community there.  Small gifts mean a lot to Babushkas and my design is focused on nature as it spans cultures.”

Andrea Genovart, a third year textile design student from Tenerife, wanted to spread a bit of happiness with her gift: “It’s important to be kind at Christmas and this project is a good way to finish the year.  I’ve had a lot of fun and it has made me very happy too to be involved.” 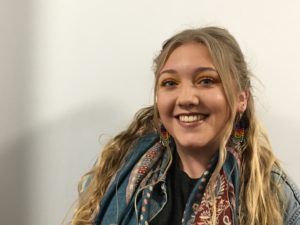 Fellow student Chloe Oakley, pictured, from Saltburn, said that she had also created something bright and colourful: “I wanted to brighten their day and give something back to say thanks for the kindness that the Babushkas always show to visitors even though they don’t have a lot.”

Another third year textile design student, Amy Sutton, from Harrogate, pictured, said she was inspired by the fact that the Babushkas have a lot of textiles in their lives so felt that a textile gift seemed appropriate: “My design has a superstition theme with crows and Magpies so I am sending them a bit of luck for Christmas,” she commented.

Hartlepool-based third year textile design student Alan Teather, pictured, said he had been so inspired by what he has learned from lecturer Claire Baker about the Babushkas throughout the course that he was learning Russian: “I’ve used a sea-faring design to send something for the Babushkas that reflects something from my home town,” he added.

The BA (Hons) Textiles and Surface Design degree is one of a number of creative courses offered by The Northern School of Art. Further details are available at www.northernart.ac.uk or visit one of the School’s open days at its Hartlepool campus which take place on Saturday 23 March 2019, Saturday 8 June 2019 and Thursday 4 July 2019. 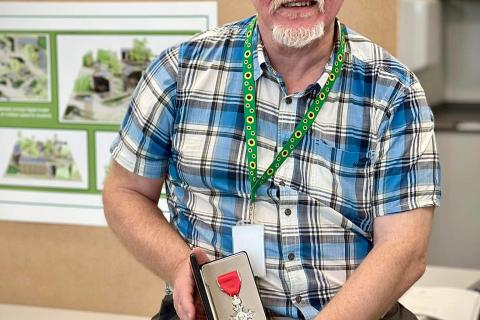 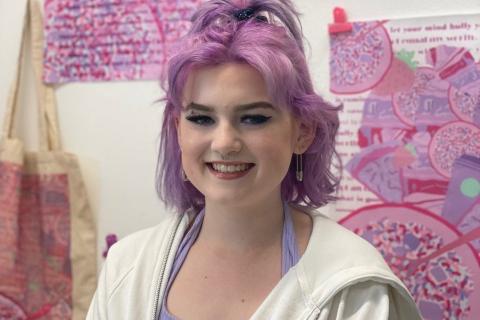 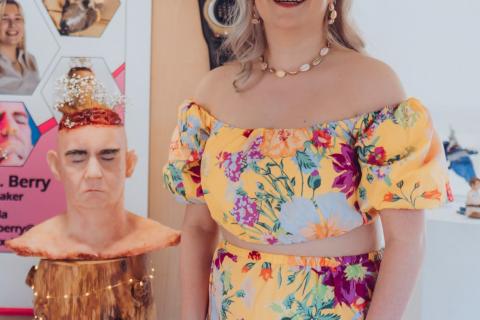 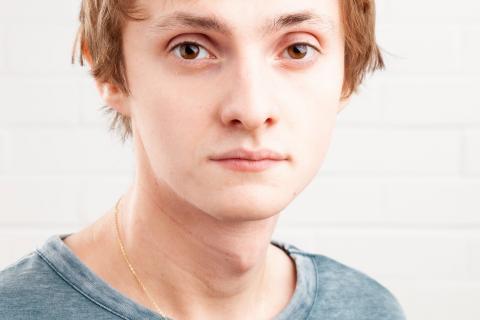