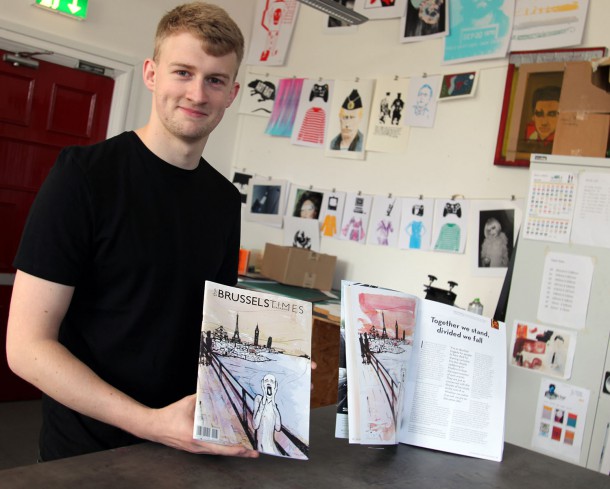 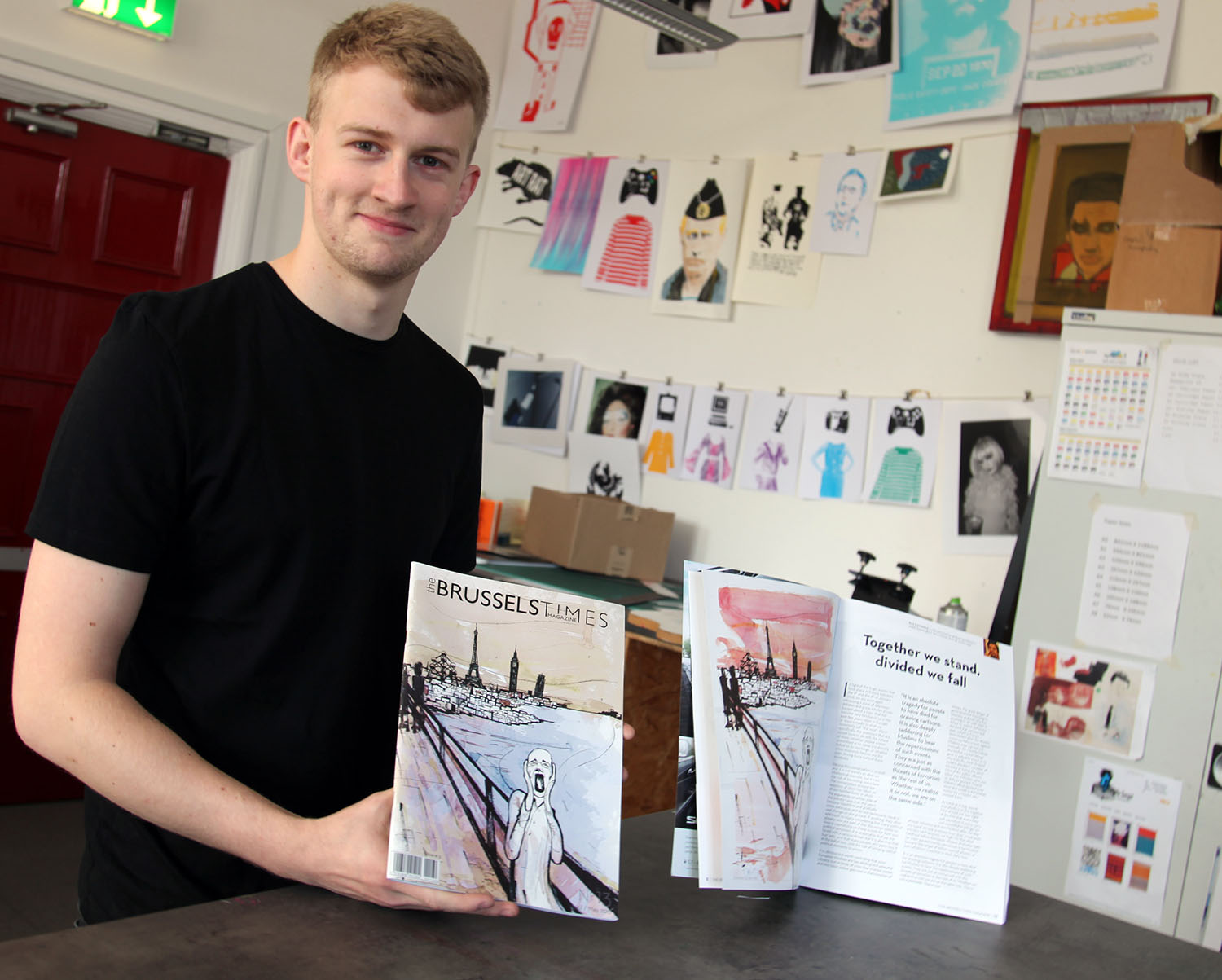 An illustration student from CCAD has demonstrated his talent for design after scoring a hat trick of successes, including designing an illustration for a newly launched beer and seeing his work featured in an international magazine.

22-year old Alan Vest, from Eaglescliffe, has just completed the second year of his BA (Hons) Illustration for Commercial Application degree and is celebrating a trio of wins as part of his course.

Just recently, Alan won a competition to design a label for north east real ale and craft beer producers, Wylam Brewery in Northumberland. The ‘live brief’, which forms part of the course and allows students to work with real businesses on real products, was to create a bottle and beer pump label design for the brewery’s newest offering, pale ale Chara and which would be used to launch the new beer across the north east.

Alan came up with the design based on the inspiration behind the beer, which was the creation of ‘chara’ – a drink made from caraway seeds and blended with milk during the Roman Empire and eaten by the soldiers of Valerius as a battle booster.

Alan said: “It was amazing when I found out! I couldn’t believe that I had won as I was against tough competition and I’m very grateful to have had such an opportunity. I received positive comments from the guys at Wylam when I was showing them my work and I tried to sell my concept as best as I could, so I am delighted to see my designs being used for real products on sale.”

Alan also recently exhibited his own drawings and prints which capture the character of the Ouseburn Valley at a solo exhibition in Newcastle, following a second successful live brief from Ernest Café and Bar in Ouseburn.

Students were asked to consider the ethos of Ernest Cafe and Bar and of the supporting creative community and the character of the Ouseburn Valley, and Alan created a series of lively pen and ink sketches and prints which both captured the character of the valley and also charted some of the current developments happening within the area.

Alan said: “It was great to see my artwork professionally set up in frames and displayed on the walls, and there was a great turn out for the opening night, where we had a private viewing with family and friends. I also sold some pieces, which was fantastic!”

Alan’s work has also gone international, with the Brussels Times featuring his illustrative works on the front cover and in a double-page spread. He said: “I was given the amazing opportunity to create an illustration for Brussels Times magazine, illustrating an article on the aftermath of the Charlie Hebdo attack, and the ostracisation of Muslim communities throughout Europe with reference to Munch’s painting The Scream. It was very exciting to see my illustration published and surreal to think that people in another country would come across my work.”

Alan has since had the opportunity to work with The Brussels Times again through a paid commission, using a slightly edited version of the illustration for the cover of another issue, and will continue working with them in the future.

Following his studies, Alan hopes to become a freelance illustrator, saying: “What I loved most about this course is the opportunities we get within the industry. The competitions, illustrator talks and exhibitions make the course very exciting.”

Alan also recently won an award at the College’s Degree Show for ‘Most Actively Engaged Student’, and was presented with a certificate by Principal, Martin Raby.

Amy Dover, Lecturer for Illustration for Commercial Application BA (Hons) at the college, said: “Alan is a hardworking and engaged student. He has taken up many of the opportunities that the course offers, and been deservedly successful. The Illustration course works hard to offer students live briefs from every area of the illustrative practice, as well as engaging students actively with members of the industry, on a regular basis.” 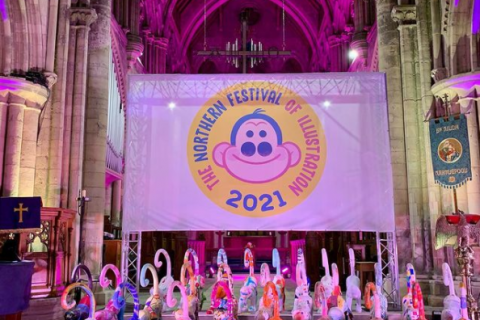 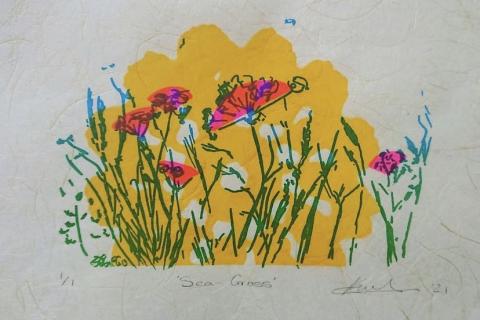 Winners of the prestigious Northern Illustration Prize on display