The Northern Festival of Illustration bringing joy (of sex) to Hartlepool

The award-winning Northern Festival of Illustration is showcasing world-renowned illustrators, cartoonists and comic artists when it returns to Hartlepool in 2019 including the first showing outside of London of a series of legendary illustrations from the best-selling 1970s sex manual, The Joy of Sex.

The exhibition which runs from 1 June – 15 September will feature a range of Chris Foss’ black-and-white illustrations for Dr Alex Comfort’s world-renowned book, which famously featured a bearded man and woman in a range of intimate poses and caused a sensation when the book was first published. 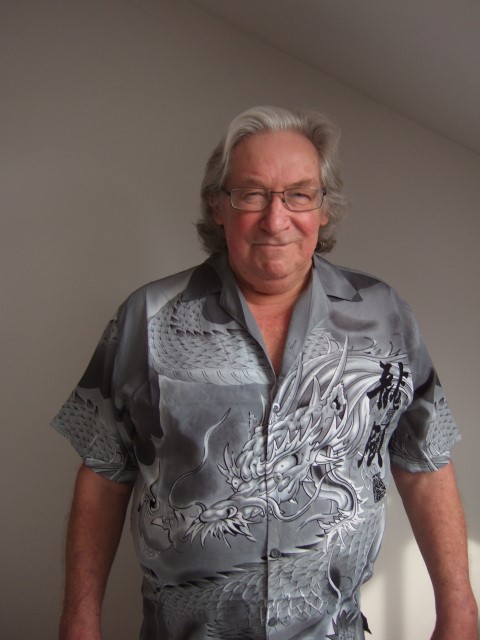 The drawings were based on a series of photos, taken by Chris Foss, pictured, over a frenetic two-day period in 1972, of the couple, Charles Raymond, Chris’ fellow illustrator who created the colour artwork for the book, and his German wife, Edeltraud.

Speaking to the BBC to mark the fortieth anniversary of the book’s publication in 2011*, Chris Foss recalled  that the shoot took place against the backdrop of the miner’s strike and power cuts which would plunge the room where they were photographing into darkness.

“We’d say: ‘Charlie, we’ve only got another 20 minutes,'” recalls Mr Foss. “And he’d say: ‘Oh I’m terribly sorry’ and he’d go off to prepare himself to perform again, and Edeltraud would go: ‘Charles, Charles, please, please come on, we only have 10 minutes, please two more positions.’

“So it was all quite fraught shooting the positions – but it worked.”

Organised by the north east’s only specialist art and design school, The Northern School of Art, this is the third outing for the biennial Northern Festival of Illustration which takes place at Hartlepool Art Gallery and other venues across the Tees Valley. The two previous festivals attracted over 73,000 visitors.

A host of work by other illustrators will also be on show including illustrator and comic artist Tor Freeman, pictured, a previous winner of the prestigious Maurice Sendak Fellowship, whose books include the Digby Dog series.  Also showing are illustrators Thomas Chamberlain-Keen and Axel Sauerwald from Atomhawk which creates concept art for Marvel, Aardman, Warner Bros amongst others and illustrator Rob Flowers, whose work is defined by a bold, distinctive style featuring bubblegum colours, eccentric characters, and grotesque humour.

The Programme Leader for The Northern School of Art’s BA (Hons) Illustration for Commercial Application degree programme, Ben Clowes, said that inclusion of Chris Foss’ work is a real coup.

“I can’t think of a time when Chris Foss has shown both his work as one of the most influential sci-fi artists as well as his beautiful drawings for The Joy of Sex.”

“Chris is now best known for his science fiction book covers for Isaac Asimov, EE Doc Smith and many more but recently his Joy of Sex artwork was used by Christopher Kane in his Autumn Winter 2018 collection.  He also worked on Black Mirror’s Bandersnatch, broadcast on Netflix in December 2018, as well as film and advertising, so he’s had quite a varied career.”

Ben added that the diversity of the whole programme means that there will be something for everyone to enjoy: “We will have work on show by some of the most influential and regarded illustrators in the industry through to established and emerging artists, who have put themselves forward for the competition running alongside the event this year, as well as work from my own students and the degree programme’s alumni.

“The public will also love Chris Riddell’s famous ink drawings and a large mural being painted by Tor Freeman, famous for Digby Dog. Atomhawk has kindly agreed to be involved this year too so visitors will also be able to see the extent of the work they do in the gaming and movie world with an incredible show reel.”

Ben noted that the event provides real benefits for the School’s illustration degree students: “They not only have the opportunity to exhibit alongside professionals but they meet people who are out there doing it, this helps build their own networks and hear stories of how to get on in a competitive world.

“The illustration degree programme staff will also be exhibiting in the festival this year and this will show the importance of being a practising illustrator as well as an academic member of staff when teaching the next generation of creatives.”

The 2019 festival will also feature the artists shortlisted for The Northern Illustration Prize, a major new international competition supported by The Gillian Dickinson Trust and the Association of Illustrators. 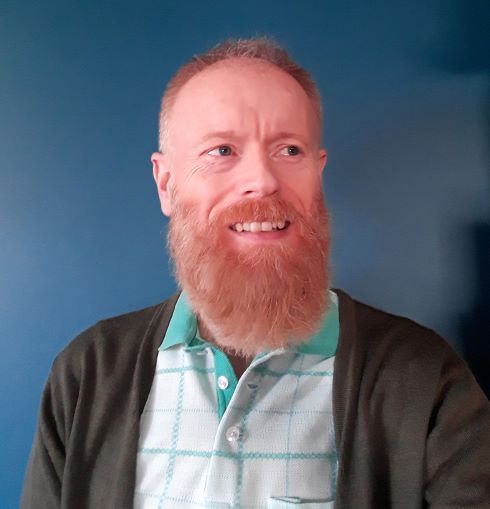 One of the competition’s judges, educational illustrator Derek Brazelle, pictured, whose children’s books, including Cleversticks, have sold over 120,000 copies, and whose work featured in the 2015 festival will be returning to the 2019 event to show new work.

Throughout the festival, a series of illustration workshops will take place in museums and other venues across the Tees Valley region. The works created will then feature as part of a large-scale public artwork being created on the Waterfront in Hartlepool over the final weekend on Saturday 20 and Sunday 21 July 2019.

The Northern School of Art’s Vice Principal, Pat Chapman, said: “The Festival and the new Northern Illustration Prize, whose judging panel is led by the wonderful Chris Riddell OBE, place Hartlepool firmly on the cultural map.  Many of the more than 70,000 visitors to the previous two festivals were from outside the region, providing a real boost to the visitor economy.

“This year we have truly gone international with entries to the Prize coming from every continent except Antarctica!

“The festival is significant because, whilst it is based in Hartlepool, it offers people across the region the chance to get involved through workshops, exploring their creativity, and because it showcases the many opportunities that illustration offers as a career – developing concepts for films and games, through product design to the more traditional routes of comic, cartoon and book illustration.”

* The BBC feature about the Joy of Sex and the interview with Chris Foss is available here https://www.bbc.co.uk/news/magazine-15309357

Exhibition inspired by The Bowes Museum showcases designers of the future