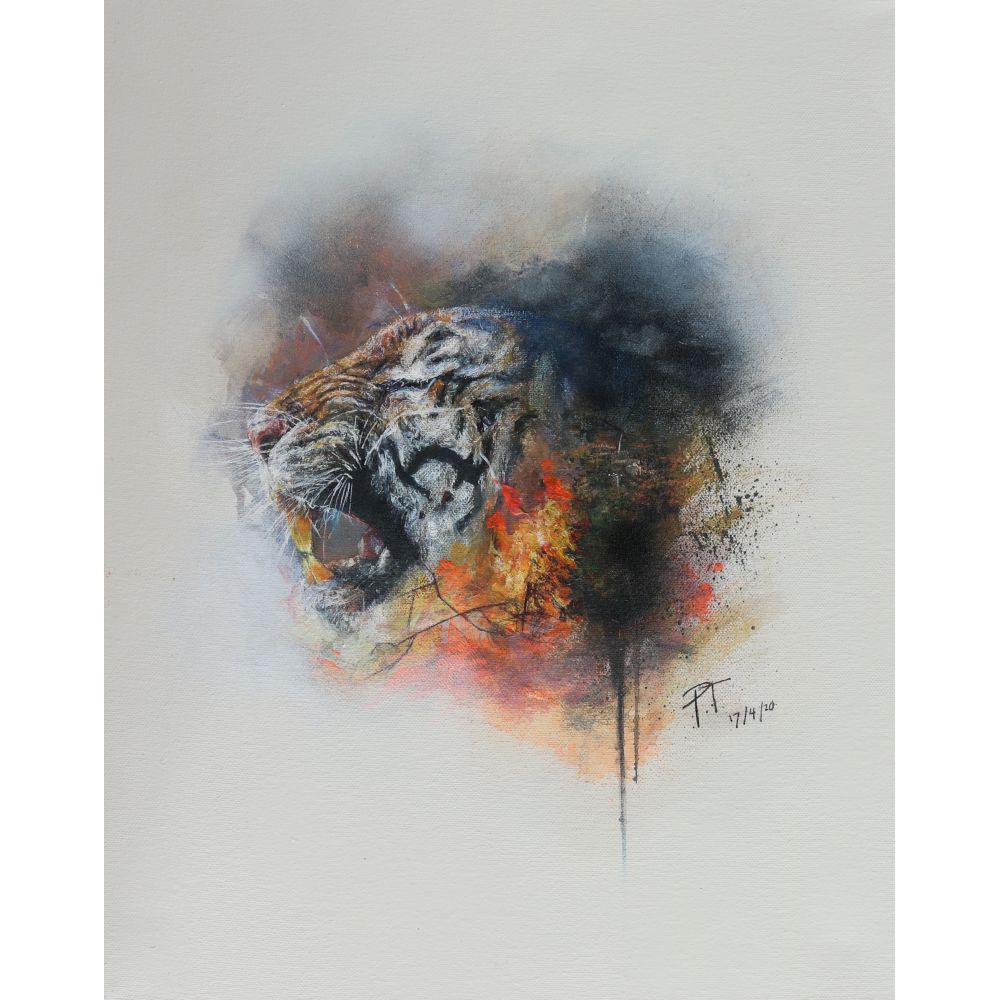 Congratulations to UAL Extended Diploma Fine art students, Penny Tetlow and Jayne Donohoe who have placed in the top tier in an international competition!

Jayne’s submission (above) is featured in the top 10 of the Wild Spaces category in the SFS Introducing art competition. With over 100 submissions received from as far as Australia, Korea and Iran, Jayne’s beautiful art work has been selected to join the Invitational Collection on display at gallery@oxo in London in November, and will be sold in the online auction that follows.

The selection was led by multi-award-winning Landscape artist Sevina Yates, assisted by the Explorers Against Extinction Trustees Robert Ferguson and Sara White.

The Selection Panel was led by Gary Hodges, the UK’s best selling and most collectable wildlife pencil artist, and Alison Nicholls, a leading African Wildlife Artist based in the US, specialising in sketching and watercolour. They were assisted by Robert Ferguson, Sara White and Charles Jukes, the trustees of Explorers Against Extinction. It took several days of deliberation to narrow the submissions to just over 200, the final cut to 100 taking many more hours and much debate.

100 pieces including Penny’s stunning artwork are selected to join our Invitational Collection on display at gallery@oxo in London this November and will be sold in our online auction which follows.

Be sure to check out our UAL Extended Diploma Fine Art course at the link: https://northernart.ac.uk/study-with-us/middlesbrough-campus/a-level-ual-diploma-access-courses/

Visit the links below to see all the submissions