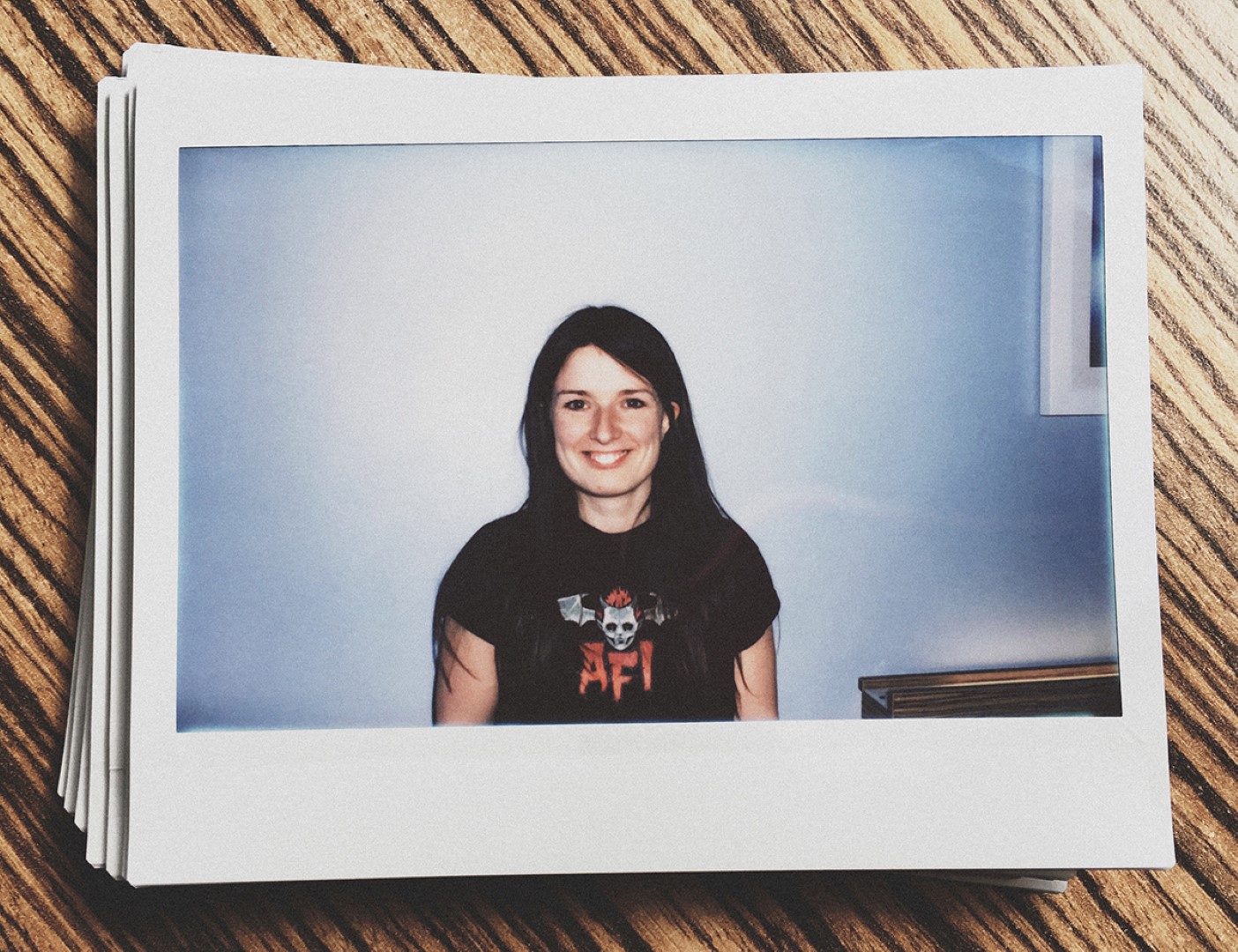 Hartlepool-born freelance illustration artist Sam Dunn, 27, studied for a diploma in graphic design and an A-level in photography at our Middlesbrough campus from 2006-2008.

Whilst studying at CCAD, she began creating gig posters and T-shirts for both local and national bands and continued throughout her degree studies. After graduating from the Central Saint Martins with a first class degree in graphic design and illustration, Sam is now developing a successful international career in the illustrative arts.

Sam’s illustrative work is delicately crafted by hand with pen and ink then coloured digitally with many layers of found and forged textures, and her client list ranges from independent musicians and collectives to global brands and charities.

Projects and clients range from packaging for Becks Oktoberfest limited edition beer in the US, cover artwork for a book celebrating the history of iconic heavy rock band, Black Sabbath, and a gig poster for US heavy metal band, Mastodon.

On her creative journey so far as a freelance designer, Sam said: “It’s exactly what I wanted to do since I was young and I’m always thankful that I managed to achieve my dream. I love working from home because I have a lot more freedom to do exactly what I’d like to do on a day to day basis and I don’t feel trapped by regular office hours. I also enjoy the variation in work, with no two days being the same and always something new to work on and look forward to.”

Crediting her time at CCAD, which has helped her on the creative path to success, Sam said: “Studying at a specialist arts college really helped me to develop my creativity and focus this into a career path. I had always been interested in art, so after leaving school, I decided to study at The Northern School of Art rather than go down the conventional route. The course itself really helped me to develop a personal style and point me towards my goal of becoming an illustrator, whilst providing a range of creative media that I could experiment with.

“Whilst I was studying, I started working on some freelance projects for bands and musicians which has now become my full time job. In the last few years, I’ve also recently started working on more photography projects alongside my illustration work, which connects back to my interest in photography that was developed through the A-level course at CCAD.”

She continued: “Looking back, we had great facilities at the college, with a full Mac suite to learn new digital skill and a complete photography studio allowing us to develop film photos straight from the camera. I really enjoyed experimenting with all of the resources and realising ways in which I could use them in my professional work.”

Now based in the south east, Sam has also gone on to achieve international recognition in the creative industry. Alongside London advertising agency CHI & Partners, Sam creating a series of illustrations for a campaign titled ‘Fortunes Told’ for client The Sunday Times Rich List, and won the prestigious D&AD (Design and Art Direction) Professional Pencil Award this year for Outdoor Advertising and Illustration for Advertising.

The D&amp;AD Professional Awards celebrate creative excellence in advertising and design, and is judged, respected and celebrated by the very best from around the world. Recognised globally as the ultimate creative accolade, winning a D&amp;AD Pencil remains the pinnacle of many careers.

On winning the D&AD award, Sam said: “I was so pleased when I found out the results, the project was one of the largest I’d worked on and for it to be recognised at such a high level within the industry was a huge bonus.”

Keen to give students the benefit of her experience and advice to the young artists and designers who may be considering a career in freelance design, Sam said: “Working for yourself requires a lot of hard work and dedication, but it’s possible with all of the skills that you’ll gain from studying. I would encourage students to make the most of their time on the course, as they can freely explore styles and work on a range of briefs without the constraints of commissioned freelance work.

You can buy Sam’s work through her big cartel site