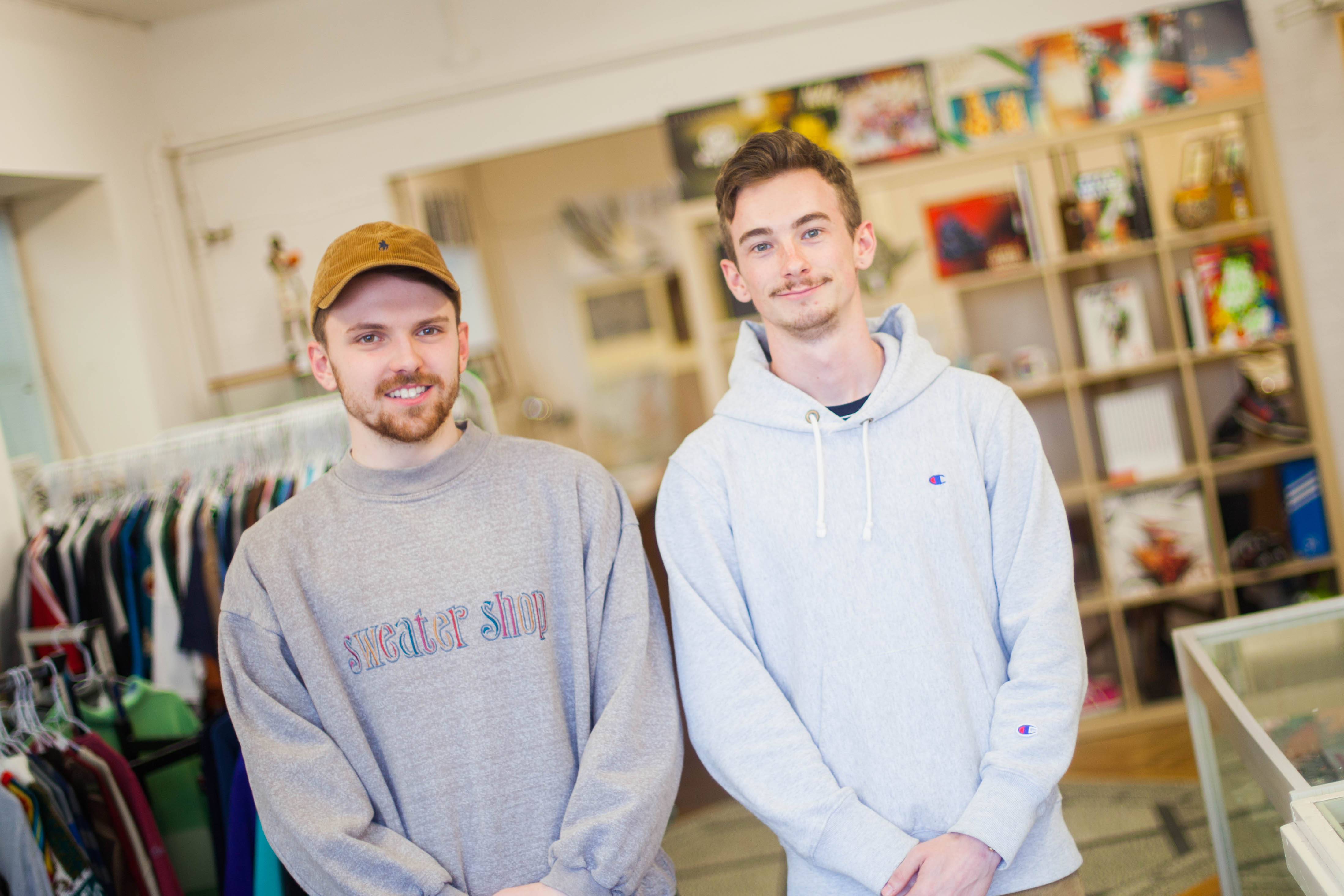 Two former The Northern School of Art (CCAD) students have embarked on a career in high end retail and are now reaping the rewards as their vintage online clothing store takes off with international and celebrity sales.

22-year-old Robin Page and friend Tom Townsend, 24 both from Stockton, set up Atik Vintage in February this year, with an online store now generating over 20,000 followers and a clothing outlet at Hartlepool Enterprise Centre.

The students met in 2011 while studying for their graphic design diplomas at The Northern School of Art’s Middlesbrough campus. Both found the course very inspiring and it was at this point that the origins of their business first came about, as they already had an interest in the fashion industry and selling designer clothing to one another.

In 2016 Robin went on graduate with a degree in graphic design from The Northern School of Art’s university-level campus in Hartlepool, while Tom studied graphic design elsewhere.

It was during the summer of 2016 that Robin and Tom began to trial their business idea and their entrepreneurial spirit and ideas began to take shape. Whilst they both really enjoyed graphic design, they decided it was not the industry they wanted to purely focus on at that time but to somehow incorporate it into their love of vintage fashion.

Robin, who now lives in Hartlepool, explains: “After graduation I set up as a freelance graphic designer and I had regular contracts to design magazine layouts and create band animations. Although I enjoyed it, the client-side could be challenging, and didn’t really allow me to express myself creatively, so I decided to channel that creativity into something I loved, collecting vintage clothing and predicting future fashion trends.”

While retaining his own graphic design business, Robin and Tom took the plunge this year and launched Atik Vintage as an online store through the app ‘depop’, and a small shop at the Enterprise Centre in Hartlepool. Robin also went on to do a Prince’s Trust Business course through the Hartlepool Enterprise Centre which helped him to understand the administration side of the business.

Robin added: “The sales side of the business is going great and we have a massive presence online, particularly through ‘depop’. We have a big reputation on this app and are usually in the top 30 international sellers every month. As we both have an AS level in photography, this skill also helps with the business and our graphic design degrees mean we can design all our own merchandise and branding.”

Atik Vintage recently sold items of clothing to Georgia Toffolo (Toff) from Made in Chelsea and Celebs go Dating, as well as an X-Factor star. Both Robin and Tom travel all around the world for their stock and recently visited the Far East to collect high end designer clothing, including pre-90s designer clothing from Burberry, Ralph Lauren, Tommy Hilfiger, and old football shirts.

“It’s ambitious but our long term plan is to open shops across Europe and expand further, including London, Amsterdam, Berlin and Paris. Our online market is growing every day and we have a lot of returning business, currently sending parcels to over 20 countries. We also plan to release more of our own merchandise featuring our own illustrations, graphic designs and lookbooks. My graphic design company is now a spinoff brand from Atik Vintage and is called ‘Off The Page’, providing illustrations for Atik’s merchandise.

Robin added: “What I most enjoy about working for myself is the freedom to be my own boss, where I can be creative at all times alongside the wider responsibilities of taking the business forward.”

Why study a foundation diploma after A-Levels?