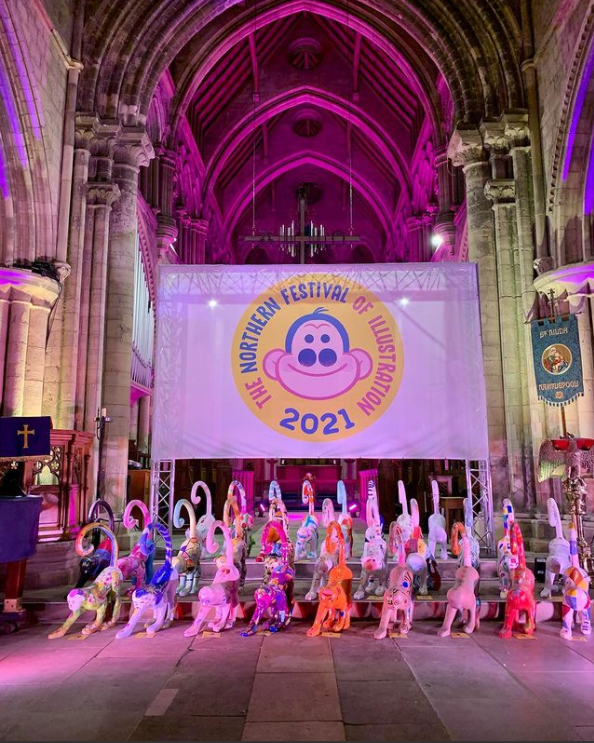 The 2021 Northern Festival of Illustration ended on a high bringing all the monkey sculptures together to raise funds for Hartlepool Carers in a charity auction event hosted by Gary Philipson from BBC Radio Tees.

Almost £2,500 was raised at the event which was relocated to St Hilda’s Church on Hartlepool Headland from the new Elephant Rock events space following the severe weather warnings over the weekend. 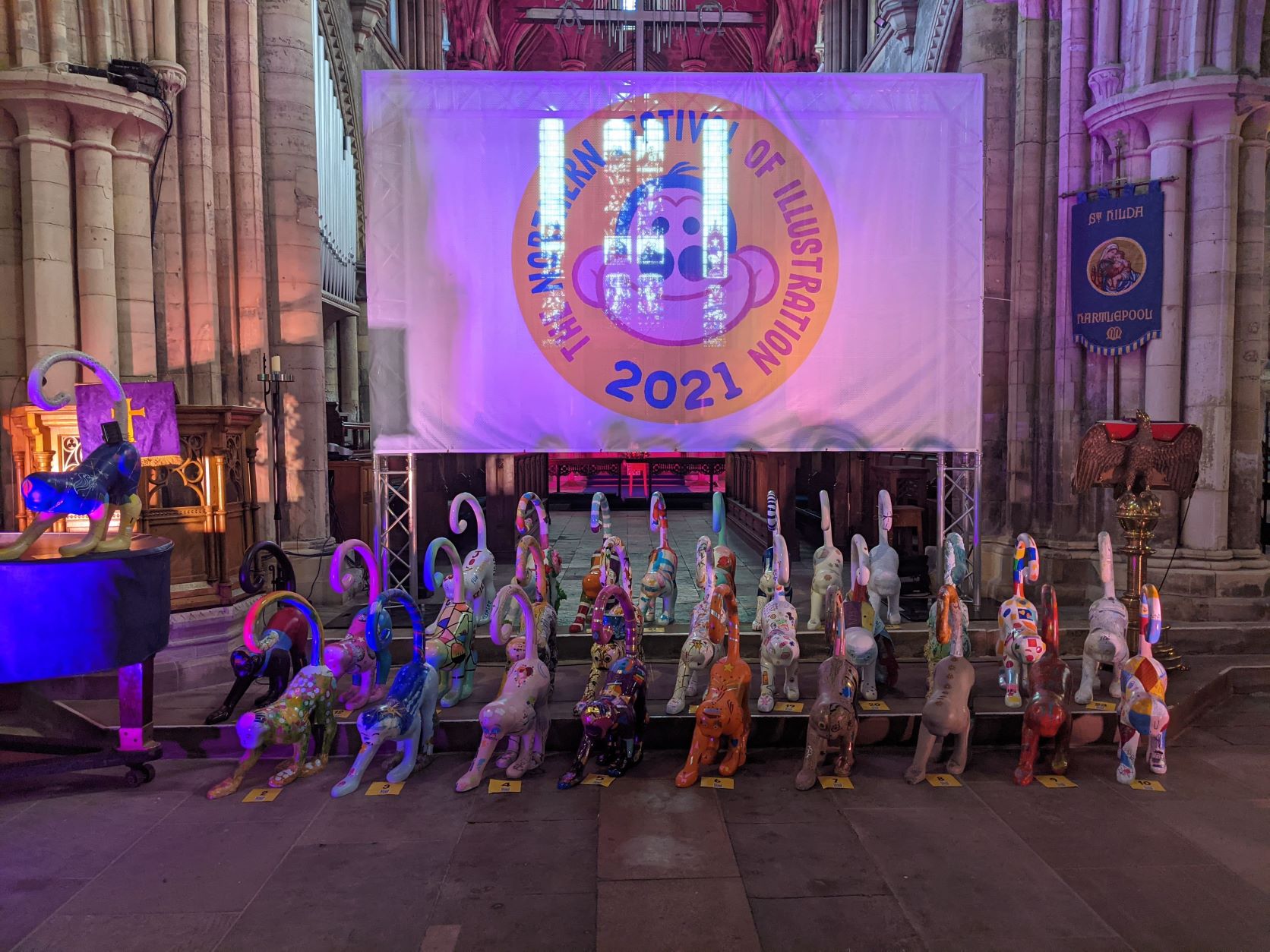 The Northern Festival of Illustration is developed and delivered by The Northern School of Art and Festival Director and School Vice Principal, Pat Chapman, said: “Huge thanks to everyone who decorated a monkey, hosted a monkey, visited the trail, or bought a monkey and to Rev. Verity Brown and St Hilda’s Church for their generosity in hosting the auction at the last minute. Heroes all!

“We hope that the addition of the community art groups over the summer and the fabulous support of those who hosted the monkeys brought a smile to some of the children of Hartlepool after the lockdowns we have all faced. BloomInArt did a fantastic job of coordinating alongside partners such as Do Creative, Trudy Sanderson and Liz Carter.

“Despite the weather many people viewed the monkeys in the historic church over the weekend and there was a great and enthusiastic crowd at the auction. Gary Philipson was a superb auctioneer who entertained everyone whilst really getting the bidding going.

“The Festival and School are delighted to have been able to help Hartlepool Carers through the generosity of the community and business and voluntary organisations in Hartlepool.”

During the auction Gary Philipson invited Amanda Smith, one of the artists of the Regent Garden monkey which raised £150 on the night, to explain the designs around her monkey.

She commented “I work at The Northern School of Art and Billy Cessford who created the casts of the monkeys for the trail is one of my former students. So it was a project very close to my heart.”

Pat Chapman added: “The festival may be over but we will be producing a special souvenir zine in the new year so look out for news about that.”

The Northern Festival of Illustration is funded thanks to Arts Council England and its ongoing support from the National Lottery Project Fund and the Tees Valley Mayor and Combined Authority Festival Recovery Fund. 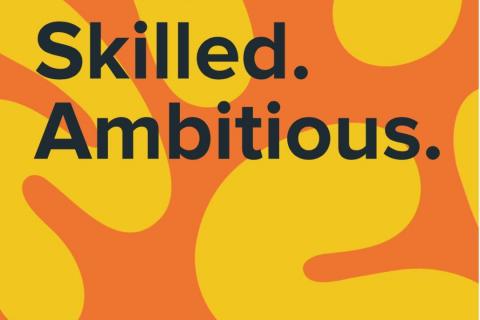 Start your creative career with The Northern School of Art