A NORTH EAST writer is drawing on the talents of local designers to help illustrate her first children’s story books.

Author Kiran Kaur has enlisted BTEC Extended Diploma in Graphic Design students from Cleveland College of Art & Design to bring the characters in her rhyming books, The Draught and Puddle in a Muddle, to life.

Kiran, 28, of Acklam, Middlesbrough, who began writing four years ago, said, “The inspiration for my first book all stemmed from telling my daughter ‘don’t let the draught in’ when she was coming in the house.

“She didn’t really understand and was a bit scared about letting in a ‘draught’ as though it were some kind of monster.

“This gave me an idea so I started to put some thoughts together on paper and produced my first short story about an imaginary mischievous monster dreamt up by a five-year-old girl called Poppy.”

But being a busy mum of two Kiran’s handwritten stories were eventually put to one side and slowly began to gather dust.
“It was four years before I looked at them again and it was only when reading them to a neighbour, who suggested that I post them on the internet, that I got a call from a US publisher,” said Kiran.

“They were really interested in my copy and after I sent them some more of my work they agreed to publish the first two stories but wanted pictures to accompany the text.”

Going on line to find someone who could help with her illustrations, Kiran stumbled upon a news story about a Cleveland College of Art & Design student who’d had their artwork published.

“It was great to find The Northern School of Art right on my doorstep, bursting with talented young designers, and after meeting lecturer Tom Burton I knew that I’d come to the right place.”

With a list of visual and physical characteristics of The Draught and Poppy ten students were set the task of researching and sketching their ideas to be presented to Kiran.

“When Kiran got in touch I thought that this would be an excellent live brief for our students,” said The Northern School of Art Graphic Design Illustration pathway lecturer Tom.

“The illustration pathway is a brand new course offered to our second year graphic design students and having just completed a project on creating monsters they were already in the right creative mindset.

“We decided to set the brief as a competition with the winner’s illustrations being used in the final publication and the standard of work that each of the students produced has been phenomenal.”

The winner will be chosen by Kiran Kaur in February when all the students have had the opportunity to sketch their ideas for her second book.

The Draught is set for worldwide distribution this summer with the possibility of an animated series being developed in the future.

“I definitely made the right decision coming to CCAD,” said Kiran. “What I have seen so far has been amazing – the standard has been so high.

“I initially had a picture in mind of what I thought the characters would be like but these young designers have really opened my mind to new possibilities and it is going to be an incredibly hard decision to choose just one winner.”

Illustration student Blue Lunn, 17, of Saltburn, added: “It is very exciting having such a high profile brief.
“It is quite difficult to come up with ideas that match the clients but we have been given a lot of freedom to put our own stamp on the work.

“Winning a competition and seeing your work published all over the world would be an incredible honour.”
For details on courses available at The Northern School of Art contact (01642) 288888 or visit www.ccad.ac.uk. 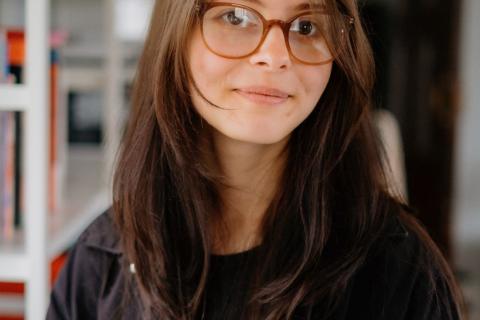