A showcase of short films made by a collection of exciting young film makers from The Northern School of Art is heading for the ARC in Stockton on Tees as part of the The Northern Film Festival on Thursday 19 May at 7pm.

The evening is the culmination of the film students’ course and an opportunity for them to present their final films and will also include a post-screening discussion with the creative teams about their creative process.

Jonny Bussell, Faculty Leader for Stage & Screen at The Northern School of Art, said: “The Festival will be a fantastic celebration of the superb work our third year students have created. They have worked incredibly hard on these films throughout the academic year. It is a great showcase of their skill, creativity and passion for filmmaking.”

Here’s a trailer for the event:

The four films being screened are:

Dan has been trained to do one thing – win. A sports prodigy kept in line by his unyielding Father. However, Dan’s interests are elsewhere, he wants to choose his own path rather than the one laid out for him. But it’s at the cost of hopefully one day making his dad proud.

Samuel paid tribute to the students on other courses who had played a part in making his film possible: “We’ve been doing a lot of rehearsing for the main shoot as the film has a lot to offer in way of challenges. There are big action sequences, dramatic arguments, and a stop-motion story.

“However, it’s not all one film crew’s cross to bear, I’ve been able to reach out to and collaborate with multiple courses: there’s a production design students creating the stop-motion set, two model making students creating the armatures and props, a costume student helping with the football kit, an illustration student who drew up neat all my character design scribbles, a fine art student drawing the poster and, of course, two students from acting starring in the film.

“The cross-course collaboration has not only been fun, but it’s also a taste of the real-life film creation, with all different departments working together.”

A young woman called Lily embarks on a dangerous night out, which changes her perception of the people around her. Struggling to keep herself safe, she faces the problems of deception, violence and betrayal.

Anna commented: “From pre-production of creating ‘Midnight’ to production, it has been awesome to see the piece visually come to life. My cast and crew have been excellent to work with, bringing new faces on set to collaborate with.

“Midnight has themes of sexual harassment and deception so being able to find the balance between realism and fiction was challenging. We also challenged ourselves by filming a car in the The Northern School of Art studio, used bokeh projections and created a full club scene in The Showroom Bar in Hartlepool.

“It has been really fun to work with graphic designers, music composers, special effects artists and set dressers. I am extremely grateful for everyone’s efforts put into this film – two weeks of solid filming every day! Roll on post-production. When watching ‘Midnight’ make sure to look out for those hidden Cinderella Easter eggs.”

Two brothers, Wesley and Lucas, receive a letter from their sister, Bethany, inviting them to return to their childhood home, Bethany however has been dead for three years. Following their arrival to the house, the brothers are haunted by grief, guilt, and the final memories of their late sister.

Reflecting on the process of creating his film Oscar said: “The process of working on my Final Major Project has been a smooth one, as it has allowed me to combine the wide-ranging knowledge I have gained from my time at The Northern School of Art into one creative endeavour. The Film, TV & Theatre Production course has not only given me the skills to efficiently direct my final narrative film, but also has prepared me in the fields of live television and the 16mm film format to where I can confidently utilise one of them in the professional industry.

“The creative establishment of the students is what makes the Northern Film Festival an exciting event to attend, as it will be a perfect display of the culminating training of up-and-coming filmmakers, and also showcases the first steps of multiple creative minds with great potential.”

A Story of Love and Inter-Planetary Warfare is a classic story of boy meets girl except, he is an alien, military tactician from an eon long war, and she is an assassin from the other side sent to kill him. Will Robin enact her mission and kill Shaun, or will a budding romance get in the way?

Robbie commented: “Production is coming along well with lots of laughs and a great energy on set. We’re all looking forward to seeing this piece finally come together as it becomes all hands on deck for post-production. My first draft of this script was written three years ago and to finally see these ridiculous sci-fi ideas come to the screen will hopefully be something really special.”

The Northern Film Festival presented by The Northern School of Art in partnership with the ARC Stockton takes place on Thursday 19 May at 7pm. Tickets are Pay What You Decide and can be booked HERE

Summer season of performances from the School's Stage and Screen faculty 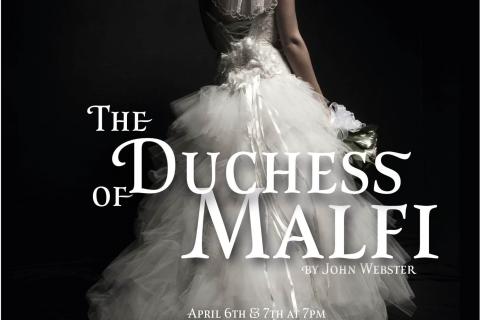