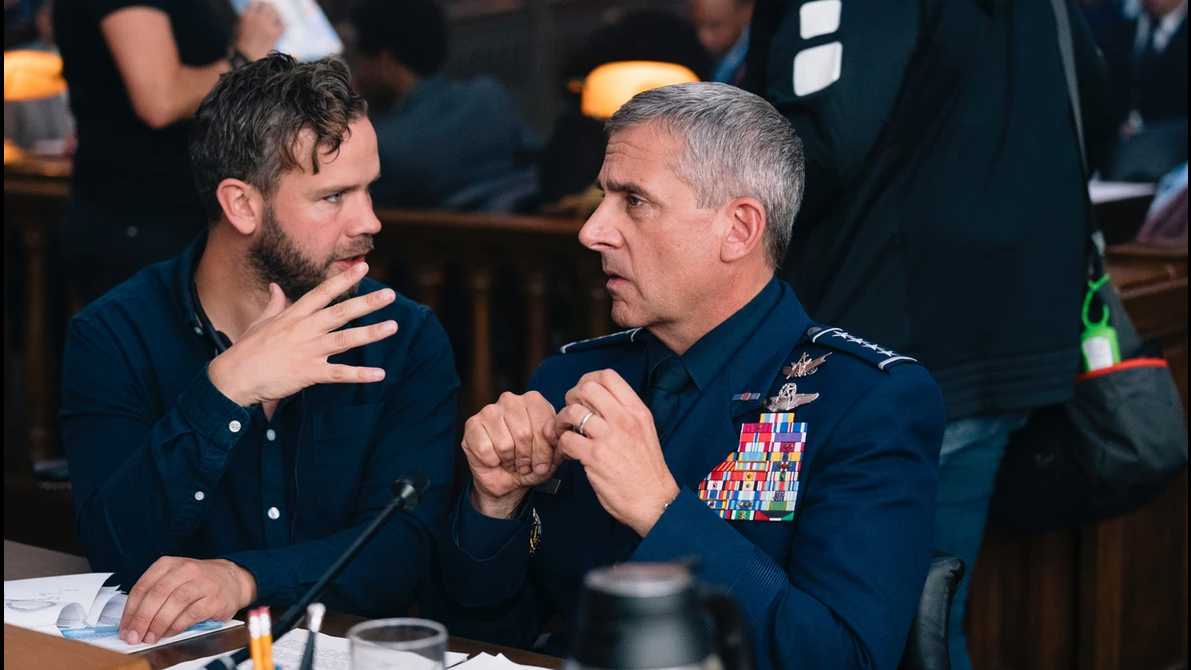 A top film and TV director and former student, Tom Marshall, is returning to The Northern School of Art for a special live Q+A session.

Tom will be answering questions on a live stream from the School’s Middlesbrough campus on Friday 22 May from 10.15am.

He has recently directed an A-list cast in the Netflix production of ‘Space Force’ which hits screens on 29 May.

A student on the Film and TV Production course at The Northern School of Art’s Middlesbrough campus between 2005-2007, Tom’s career took off soon after leaving when he won the 2007 BBC New Filmmakers Award with his film Bigboy 74.

Currently back on Teesside where he is spending lockdown, Tom has welcomed the opportunity to share his experiences at the School and to answer questions from students hoping to follow him into the film, television and creative industries.

Mike Boyle, The Northern School of Art’s Film, TV & Theatre Production degree Programme said: “The last time I chatted via Facebook with Tom he was in LA so we’re very lucky to have this opportunity!”

To join the Q+A livestream click on the link.