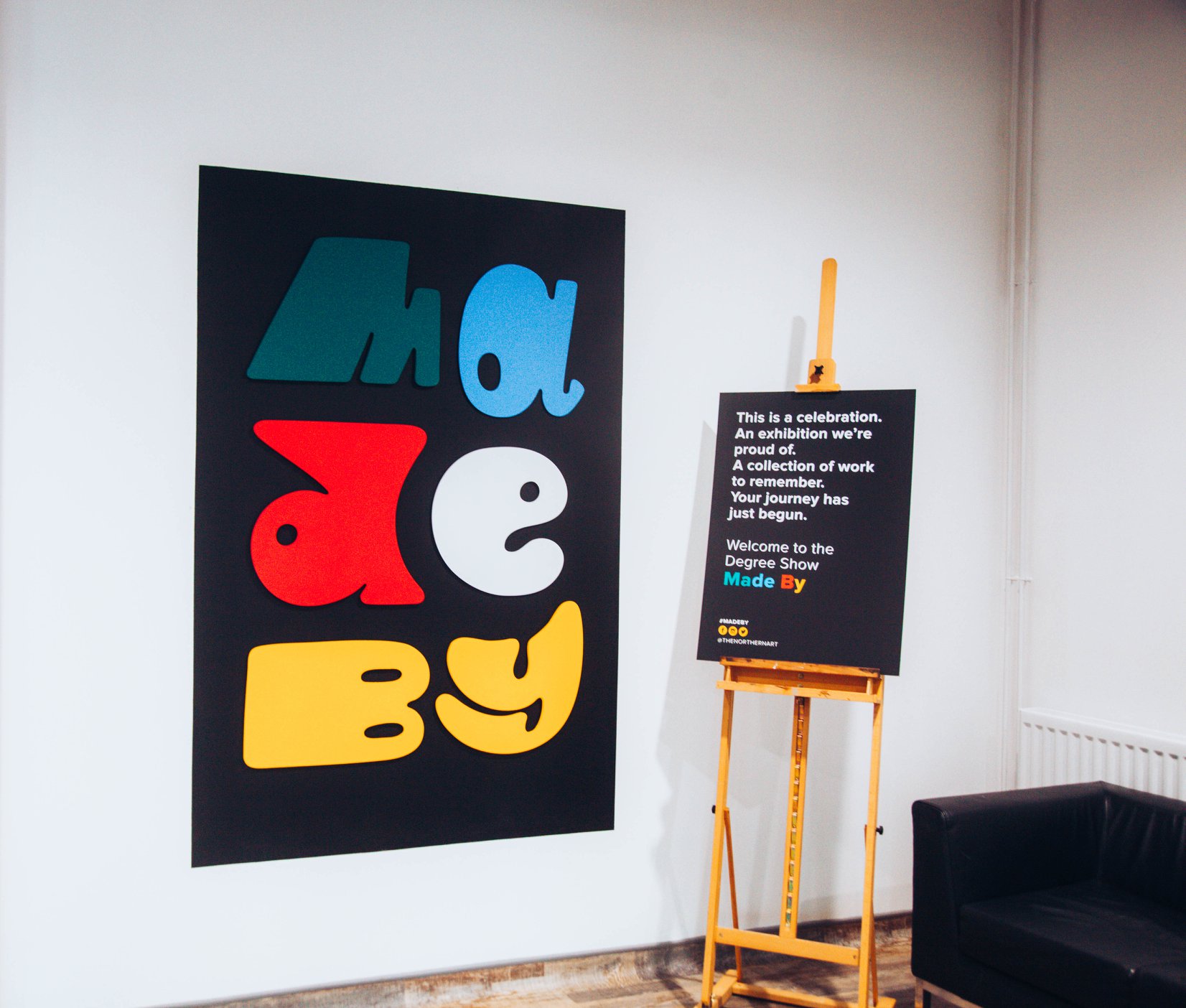 Fabulous film sets and fine art, costumes and commercial photography and textiles and TV films by future creatives have gone on show at The Northern School of Art.

Over 150 graduating and current students are displaying a range of highly visual and innovative work at the ‘Made By’ end of year spectacle at the only provider of specialist creative courses in the North East, which is open to the public from 7 – 15 June.

The showcase at the School’s university-level campus at 1 Church Street in Hartlepool, features work from thirteen degree programmes, unveiling new names to watch out for in the creative sector. 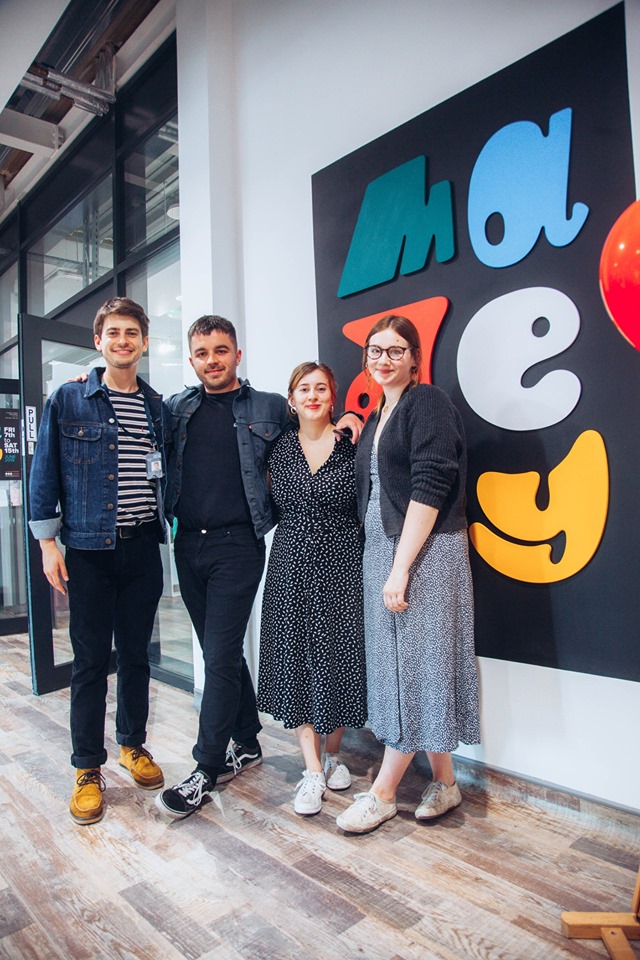 Visitors can experience a huge array of works including film and stage sets, costumes for stage and screen productions, wallpapers and prints for interiors, graphic design, artworks, photographs, fashion, films and illustrations.

Acting students are also showcasing show reels and photography of their sell-out productions throughout the year.

Textiles and surface design student, Ami Scott, who was shortlisted for four awards, won an unprecedented three, including The Northern School of Art Progression Award, the Gary Pearson Textiles Award for breaking boundaries and the Tees Valley Arts Endeavour Award.

Her awards recognised a stunning three years noting the “truly outstanding academic progress” she had made during her degree and a “‘go-for-it’ mantra” which has seen her set up and run a textiles business, Bohemia Textile Products, alongside her studies. 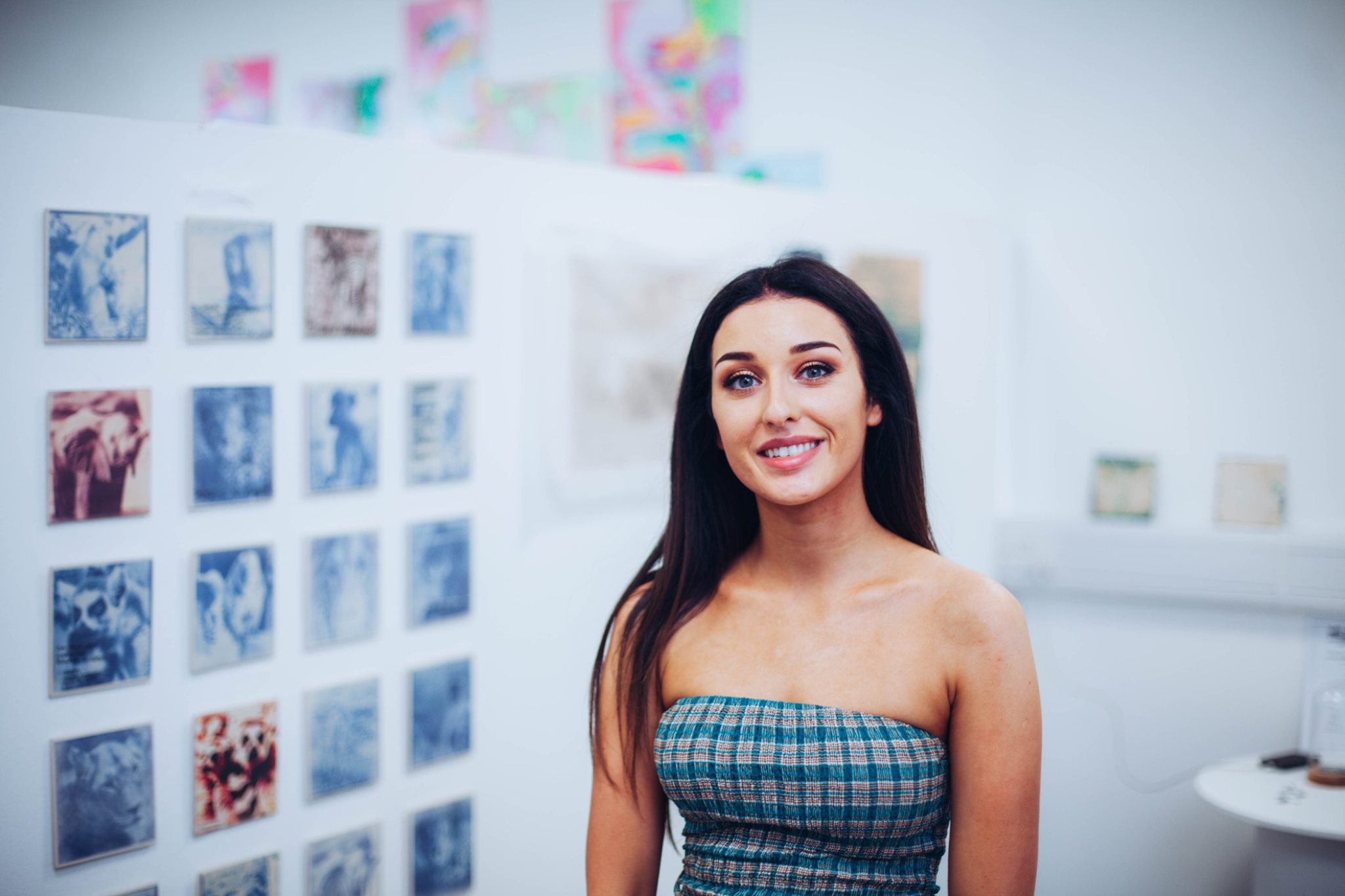 The 25-year-old from South Shields said that her degree had been life-transforming for her.

“When I started I was borderline agoraphobic and had to be supported to even leave the house. I didn’t speak to anyone in my first year and spent a lot of time in the darkroom.

“The staff and community here have really nurtured and supported me so I am now a completely different person. I’m passionate about telling my story to encourage and inspire anyone who is as shy as I was when I started here.”

Ami’s display of beautiful textiles and surface design work focuses on messages about animals being sentient beings and the life-changing impact of veganism that she is using her new found confidence to promote. It has also propelled her to launch a second business, a vegan juice bar in Youniq Fitness Academy in South Shields, which opens on Saturday 8 June.

Ami’s fellow textiles and surface design student Andrea Genovart Llanos was also a winner at the Awards evening, and was named as the BA (Hons) Textiles & Surface Design Student of the Year. 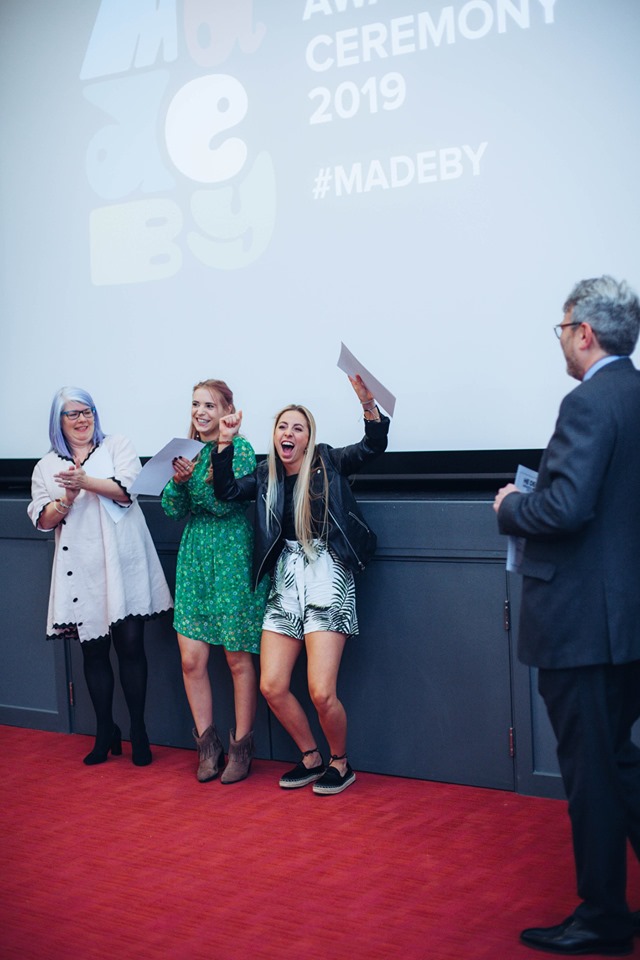 Andrea, 20, pictured on the right celebrating, who moved to Hartlepool to take up her studies from her home in Tenerife when she was only 17, said she was overwhelmed when her name was announced as the winner.

“I was speechless,” she added. “It is such a great feeling knowing that someone appreciates my work.”

Andrea’s work is focused on the ocean and the effect of climate change on coral. Her textile pieces feature vivid, fluorescent colours that she says she was astonished to learn came from nature.

“Coral is brightly coloured when it is living and is only bleached white when it is dead. Doing research for my project I discovered that the official Pantone Colour of the Year is ‘Living Coral’ whereas in 2020 it will be ‘Bleached Coral’ as a comment on the state of the oceans. I have also reflected this in my work.”

Andrea, who plans a trip home to Tenerife to visit her family now her degree is finished, is a big fan of her time in Hartlepool. “It reminds me of where I live in Tenerife as it’s small, familiar and everyone will always help you.

“The people of Hartlepool are lovely and so is the place.”

The Northern School of Art’s Vice Principal, Pat Chapman said: “The degree show is a true celebration of all the hard work by all of our talented students. It really is a spectacular exhibition and we would invite everyone to come and see it.”

The ‘Made By’ degree show takes place at 1 Church Street, Hartlepool, TS24 7DR from 7 – 15 June (except Sunday 9 June). It is open from 10am – 4pm every day and until 7pm on Monday 10 – Wed 12 June. There are student film special screenings at the School’s lecture theatre in Church Square, Hartlepool, TS24 7EX. Entry is free

Take a look at this short film of the Made By degree show preview https://youtu.be/UeM_1SYyHto

Further details are available at https://northernart.ac.uk/