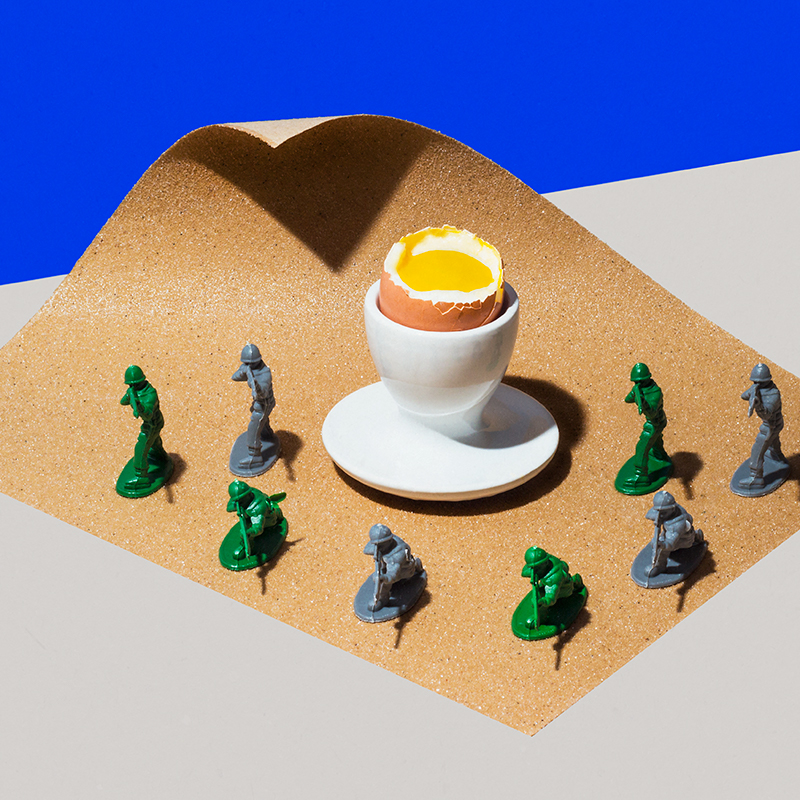 The future generation of artists and designers are putting their talents in the spotlight as the annual degree show at Cleveland College of Art and Design (CCAD) opens next week at the university-level campus in Hartlepool.

Students will be exhibiting their works from ten degree courses at an exhibition at the leading specialist art and design college, including fashion, photography, textiles and surface design and costume interpretation with design.

With last minute preparations well underway, and the excitement building for the opening night on Thursday 2nd June, students are putting the finishing touches to their display of final major projects in anticipation of the thousands of visitors expected to see the exhibition over nine days.

23-year-old Claire Bartlett from West View in Hartlepool is a third year student on the Illustration for Commercial Application degree. For her final major project, Claire created two fully illustrated books based on anxiety and depression aimed at secondary school. She said: “I chose this audience as it is a great age to bring in the knowledge of mental health and the audience is at a time in their lives where anything different from ‘normal’ is considered wrong and usually mocked. Educating young individuals on specific mental health problems may teach them to think twice before judging another individual who they do not understand.”

On the upcoming final year event, Claire said:  “I’m excited and looking forward to the degree show, it’s great for my friends and family to see what I have been doing for the past three years and they will all be coming to the opening night preview.”

As well as the Hartlepool degree show, Claire has been working hard to prepare for the Due North exhibition in London, as the illustration works from the degree show will be on display as part of ‘Illustrated 2016’ at the Old Truman Brewery on Brick Lane in London from 8-10 June.

She added: “I am extremely excited to be exhibiting my work amongst so many other talented graduating illustrators in London. My boyfriend, sister and a couple of friends are making the trip down to London to the Due North Exhibition.”

During her studies, Claire continued to volunteer for the Hartlepool charity, The Artrium, an art studio in Hartlepool for people with mental health problems and learning difficulties. Following graduation, she has been offered role at The Artrium, and will be developing workshops for the charity, as well as creating more books which tackle mental health issues.

Matti Walker, 23 from Norton in Stockton-on-Tees, is also a third year student on the Illustration for Commercial Application degree. For his final major project, he created a campaign using leaflets and adoption packages to raise awareness of African animals that are facing threats towards their population through game hunting, reduction in habitats or disease.

Matti said: “All of the final year students have been putting in a lot of effort to get things prepared for the final show here in Hartlepool. Coming at a time when we’ve been focusing on our final major project, it’s been quite difficult for us to juggle between the two but we’ve come together as a team quite regularly and we’re all pretty excited and prepared to show off what we can do.

As well as the Hartlepool degree show, Matti has been working hard to prepare for an exhibition in London, as the illustration works from the degree show will be on display as part of ‘Illustrated 2016’ at the Old Truman Brewery on Brick Lane in London from 8-10 June.

Matti added: “We’re all very excited to be part of these exhibitions and realise that it’s a huge opportunity, and we have invited people from industry to attend so that we can get the best chance to develop our opportunities with clients.”

“The Illustration for Commercial Applications degree has been quite the journey for me. I came to the course not really knowing where I wanted to be in life, I just knew that I loved creating. I’m leaving the course in under one month with the knowledge to fit perfectly into industry, able to both attract and seek out clients and I feel very safe walking into a new world with the knowledge of industry I’ve gained from the course. My five years at CCAD have been the most enjoyable and influential years of my life, I’d recommend the illustration degree as well as the diploma in Fine Art to any creative person wanting to better themselves as an artist and as a person.

After graduating, Matti is planning to expand on my final project work as a freelance illustrator and also hopes to move into teaching to give future generations the experience his tutors both at Hartlepool and the CCAD site in Middlesbrough have given him.

Artist Sharron Bates, 45 from Newton Aycliffe, is a final year student on the Textile and Surface Design degree, and has already achieved success after successfully selling her work at New York-based textile trade fair, Surtex in 2013 and again earlier this year.

Studying the degree part-time for six years, Sharron said: “Selling two design sheets at the show in 2013 to a Texan company, Fitz & Floyd was overwhelming and resulted in some media interviews. When I heard I had sold work at the 2016 show to Belgian company, Atlas Wallcoverings, I was delighted, particularly since they have expressed interest in working with me on further on collections.”

On the lead up to the show, Sharron said: “The build up to final hand in and the degree show has been exciting but very tiring. There have been many late nights and I have spent many hours squirrelled away in my studio. It’s wonderful to finally see everything coming together.”

Sharron will continue to work locally as an artist, completing freelance design and illustrative work alongside her teaching.

Wallsend-born Nicole Blank, 23, will be graduating with a degree in Costume Interpretation with Design, and will be showcasing her final major project based on advertising a new jewellery collection for Bulgari.

She said: “I have created two costumes, a period garment of an 18th century dress and a modern women’s tailored suit, with the two different eras brought together by the jewellery. I am excited for the degree show to see the final outcome of the concept of our exhibition.

“Reflecting on my time at CCAD I have enjoyed the challenge of learning different skills within costume such as millinery, tailoring, period costume, designing and many more. However I don’t think the modules of the course would have been as enjoyable if it wasn’t for the support of the tutors and classmates.”

After graduation, Nicole is planning to develop her skills to pursue a career in costume industry, fulfilling her ambition of being a costume maker or creator of period costumes.

Martin Raby, Principal, Cleveland College of Art & Design, said: “The degree show gives the College’s final year students a great opportunity to be proud and show off the inspired and creative work they have produced. I offer my congratulations to the students, hope that they have a great opening night celebrating with family and friends, and urge people to visit the show and see the incredible talents on display.”