Abode is a drama short film following a young girl, Becky Bromwell, escaping her abusive partner. After confronting her friend, she finds herself venturing the streets in rejection from society. This leads to her questioning where her humble abode really is. Anna says, “As a crew we worked hard in preparation and production for this film, including the isolation of cast and crew members at different times due to Covid. We were able to overcome this and continue to create a cinematic film.” 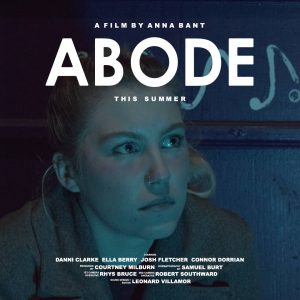 The London Shorts Film Festival creates an environment for visibility & development of indie filmmakers and also supports community of British filmmakers. “We at London Shorts believe that cinema is not just an another field of industry in our country but also a tool for reflecting our society and expression.”

Anna tells us, “It feels awesome to win our first festival for Best Short Student Film at London Shorts and we are excited to submit ‘Abode’ further into other festivals! We are very grateful for the admiration towards the film from audiences so far and the support we’ve had along the way!”

Looking to study a degree in film? We provide a fantastic degree course… But don’t just take our word for it. Hear what Anna says: “I have enjoyed the practical aspect of this course the most. Being able to create and produce our own films has been a great way to see where we can improve. I loved going to RTS awards before the pandemic hit. It’s awesome to see other students work from other institutes. There are a lot of good memories already created at The Northern School of Art, including directing Abode, working in Stage Management and gaining work experience with other production companies.”

Our BA (Hons) Film, Television & Theatre Production degree teaches the art of script-writing, directing and producing for both stage and screen. As a film making degree student on this collaborative and practice-based course you will develop a range of skills. Students will gain a strong understanding of the technical requirements needed for this industry. Providing you with a distinct competitive advantage in the film making, television and theatre industries. This course works closely with other programmes such as Acting, Visual Effects and Costume Design, because of this students will experience a fully rounded teaching environment. Providing access to a collaborative production process, which mirrors the workings of industry.

We are accepting students for September so please check out the page to our film course! Did you know, alongside our Degree course we also offer UAL Extended Diploma in Film & TV Production?